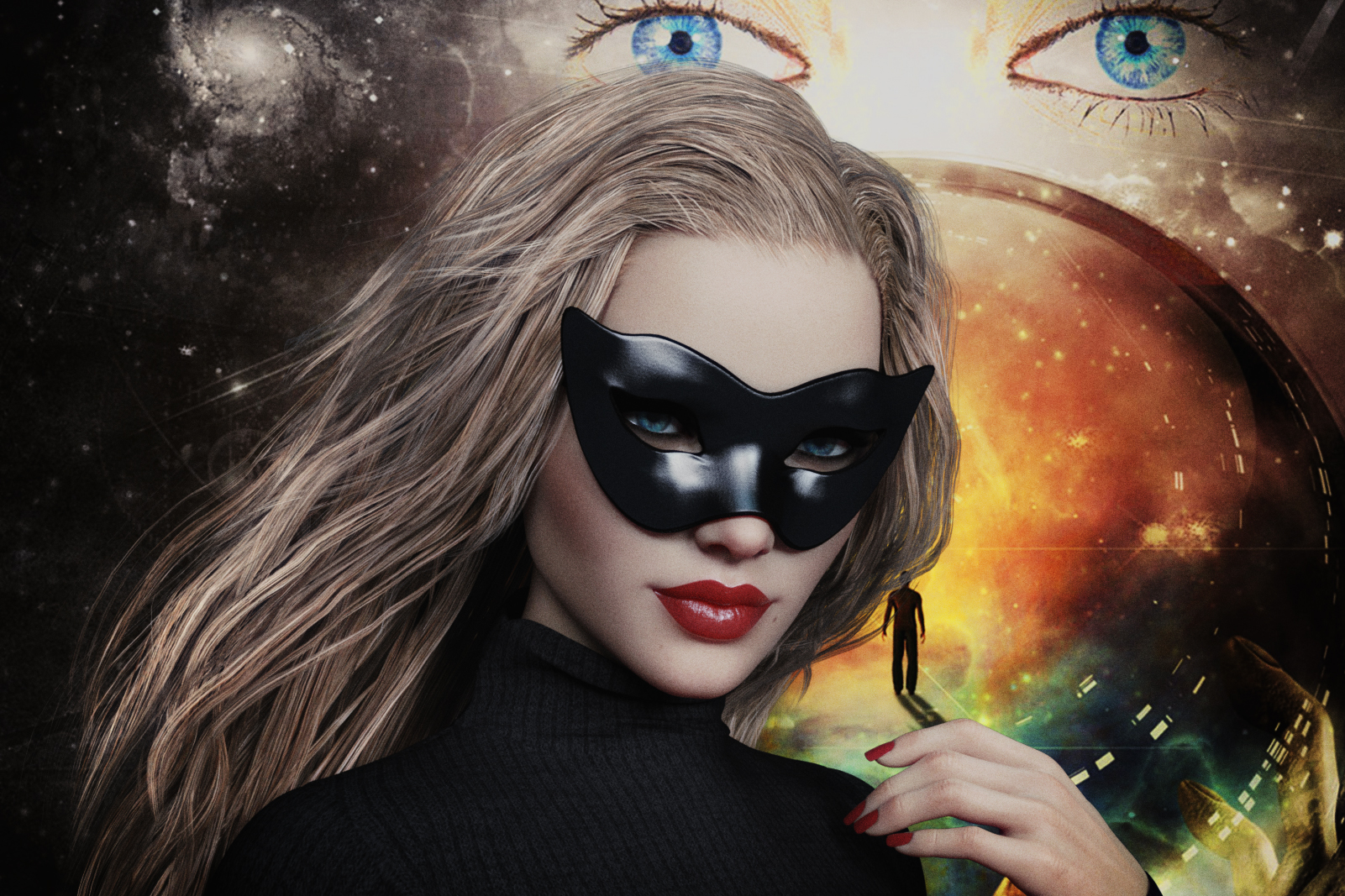 I was attending a business reception when I first saw her from across the room. What I felt in that moment was surreal. It was as if she had walked right out of my dreams. She was, without a doubt, the most the most beautiful woman I had seen. I pointed her out and asked the guy next to me if he knew her? He laughed, “Who, Sienna? Good luck with that one!” Okay, nice to set reasonable expectations.

As much as I savor beautiful sunsets and sunrises, panoramic views of nature, and star-filled nights; none of these remotely compared to what I experienced looking at her. She was immaculate. Sienna’s long, blonde hair and blue eyes certainly pulled me in. Her incredibly tone figure and sexy curves were beautifully accented with fashionable stylings which only drew me in deeper. Yet, there was more…something in the way she moved that enveloped me in a dreamy haze.

The song Something by the Beatles, captures this mood perfectly:

There was such in a thoughtful look in her eyes and her smile felt was warm and genuine. Her hands and gestures flowed with sensual grace…sparkles of light seem to be radiate around her. I could sense her inner tempo and spirit as she flowed beautifully and sensually through the world around her. It was a lot to absorb in one glance, but I felt it. I felt her in my soul. While my reaction felt almost spiritual reaction, there was an equally compelling primal reaction stirring down below.

As a matter of practice (and self preservation), I try to avoid workplace romances. Despite the pressing temptation, I reluctantly yielded to my self-imposed restraint and decided not to approach her. Subsequently, I learned we worked in different parts of the country and only crossed paths with her quarterly meetings. Each time I saw her, the same physical and emotional response gripped me. I couldn’t seem to shake her from my thoughts. Maybe I could relax my rules about workplace romance?

By our third meeting, my resolve completely dissipated. I had to meet her. Our brief discussion centered around fitness and one another’s training and upcoming events. Polite but brief conversations would follow. I somehow managed to get through these moments despite feeling like I couldn’t form complete sentences around her. This was unusual for me, but there was something very unusual about Sienna. It felt like there were circles of light running between and through us. At least it felt that way for me. She was pleasant but so guarded and hard to read. I couldn’t tell if she was also feeling this magical energy.

Why was she so guarded? Maybe she developed that protective mask after being relentlessly hit on for years. Perhaps this is why that guy had said, “Good luck with that one”.  Beyond breaking my self-imposed restriction about workplace romance, I really don’t have anything tangible to loose – not even my ego. Really, I don’t care if a woman rejects me. If you’ve read my blog, it might seem like no one ever rejects me but it happens. Well, I’m pretty sure it has happened.

Why the hesitancy? Her perception of me mattered. I didn’t want to be one of “those” men in her eyes. Equally important, if not more, was my perception of her. She was like a dream that had materialized in the flesh from soul. Being rejected by her wasn’t something I was prepared to handle. I needed at least some slight indication that she also wanted more. It never came.

Girl On The Moon by Foreigner captures the struggle I was feeling about my chance to touching the dream:

Time passes, and we no longer work at the same company and lose contact. I’m attending a professional society meeting in Chicago and heading out for a run. Coming off the elevator, I practically step into Sienna’s arms. Wow! There are dozens of hotels lining the Magnificent Mile, multiple elevator banks in this particular hotel, thousands upon thousands of people all over the place, and she appears in this huge city, at this specific spot, and at this exact moment. Incredible! The light show starts firing immediately between us. Sienna doesn’t get on the elevator. Instead, she wants talk with me. Now that is a good sign.

We randomly ended up at the same bank of elevators. I was waiting to get on and you were hustling off for a run. Michael, your gaze slid over me like a veil of fire and you ignited my deepest desires with that one single glance! I decided right then…WE will Be!❤❤❤❤❤❤ – Sienna

Once again, we have a brief electric interaction that leaves me dazed. Our interaction plays through mind over and over during the run. Damn it! Why can’t I form complete sentences when she is so close to me? She is running through my thoughts and pulling at my soul. What is it? I can feel her inside me and see our story so clearly in her eyes. Fortunately, the meeting will a few more days so I have time to rally and get myself together. I have to make this move. This could very well be my last opportunity.

The next evening I am relaxing near the bar with a small group of colleagues. Through other forces at play, Sienna finds her way to this bar and is folded into our little group. This is it. I lock her down in conversation immediately. I’m not giving the other men the slightest glimmer of hope with Sienna. We are chatting it up as the larger group conversation evolves to making plans to hit a pub outside the hotel.

The other guys are excited about the prospect of Sienna joining us, but she isn’t so sure about it. I focus in and ask her to come out with us…emphasizing that I want to spend more time with her. She moves closer to me and rests her hand on my arm, “Promise me you won’t forget me at the bar and leave me alone. You are the only reason I’m going to go.”

Sienna goes up to her room to change, and I do the same. After freshening up, I hop on the elevator and a few floors down, it stops and guess who enters? Sienna. Damn, what is it about this magic elevator? Sienna looks fantastic with her tight, stretchy jeans showing off her long, tone legs and perfect ass. I don’t mention Sienna’s ass in passing, it is truly spectacular. Her high heels take her look to a whole new level of hotness if that is even possible. Yes, I am drooling. Arriving on the first floor together, we look for the group but soon find ourselves away from the lobby…and alone.

We talk about the passion and almost spiritual feeling we sometimes experience during extended endurance-type workouts. The topic makes an important shift when we begin discussing how this same passion and spirituality is missing in other areas of our life. We go deeper and share what we value and desire in a relationship and the disappointment in not having found it…yet. Over a year of just scratching the surface, we are finally connecting on a deeper level. We share similar desires, but could we…would we find what we were looking for in one another? Slowly, I was removing Sienna’s mask and she was revealing herself to me.

Our ever deepening conversation is interrupted as the group finds us and we are swept up in the hustle for taxis.

If you are interested in exploring the Sensual Shadows series, you can find the chronology, brief story descriptions, and links here – Sensual Shadows