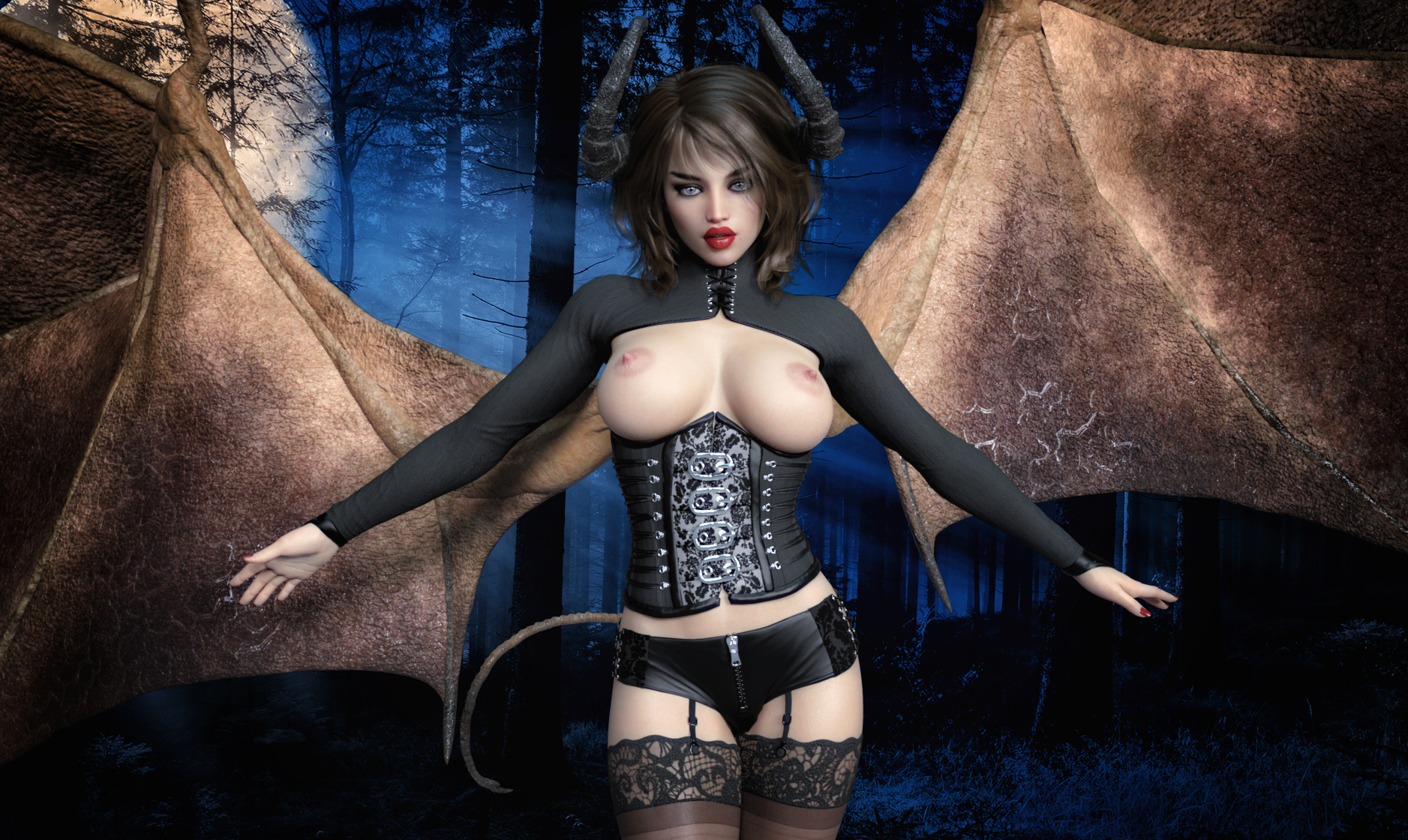 The study of succubi or devil women isn’t exactly a passion of mine, but I find myself visiting them in my art from time to time. While succubi aren’t specific to All Hallow’s Eve or autumn equinox, our ancient ancestors believed the wall betweeing the living and the dead/supernatural was thinnest at this time of year. After being buried in my archives, October feels like the right time for this gallery to emerge on the timeline.

I’ve created a few new works for this 2022 edition to blend with several older creations. Hope you enjoy and may your dreams always be wet ~ Michael

What is a succubus? A succubus is a Lilin-demon with lineage that traces as far back to Lilith of the Mesopotamian religion (circa 3500 BC) and coincides with the appearance of Adam in the Book of Genesis. Mesopotamian religion is thought to have been an influence on subsequent religions throughout the world, including the ancient Greeks. The male counterpart is sometimes referred to as an incubus. This may be a bit of misnomer. I’ve read some history suggesting the s/incubus is neither male or female they only take the form necessary to seduce a man or woman. Other historical references state they are female but are shapeshifters and can appear as needed in order to seduce.

Representations of Succubi have evolved over years. Their horned appearance, inspired by early artists who were spiritually vested in Christianity, symbolize a direct connection to Lucifer (Devil, Satan). According to lore, when the first woman, dominant-minded Lilith, rejected Adam’s advances in the Garden of Eden, she was cast away by God. Lucifer came to her aid to ensure she could bare children.

Lilith’s offspring (the Lilin Succubi) were initially represented as very attractive and embodied the archetypal energy of sexual Goddesses such as Aphrodite and her equivalent in other cultures. By the medieval period, European artists began depicting succubi as hideous creatures. This was likely an attempt to suppress human sexuality. The idea was that if you were a sexual person, you were opening yourself up to visits from succubi which would result in all sorts of terrible outcomes for you and your family.

One thing I have learned in my journey for deeper meaning is that we can not suppress archetypes for extended periods. The innate dreams of humanity (archetypes) may change in appearance, but they will always manifest themselves. Modern-day Succubi are again appearing as highly desirable temptresses.