A Question of Ownership 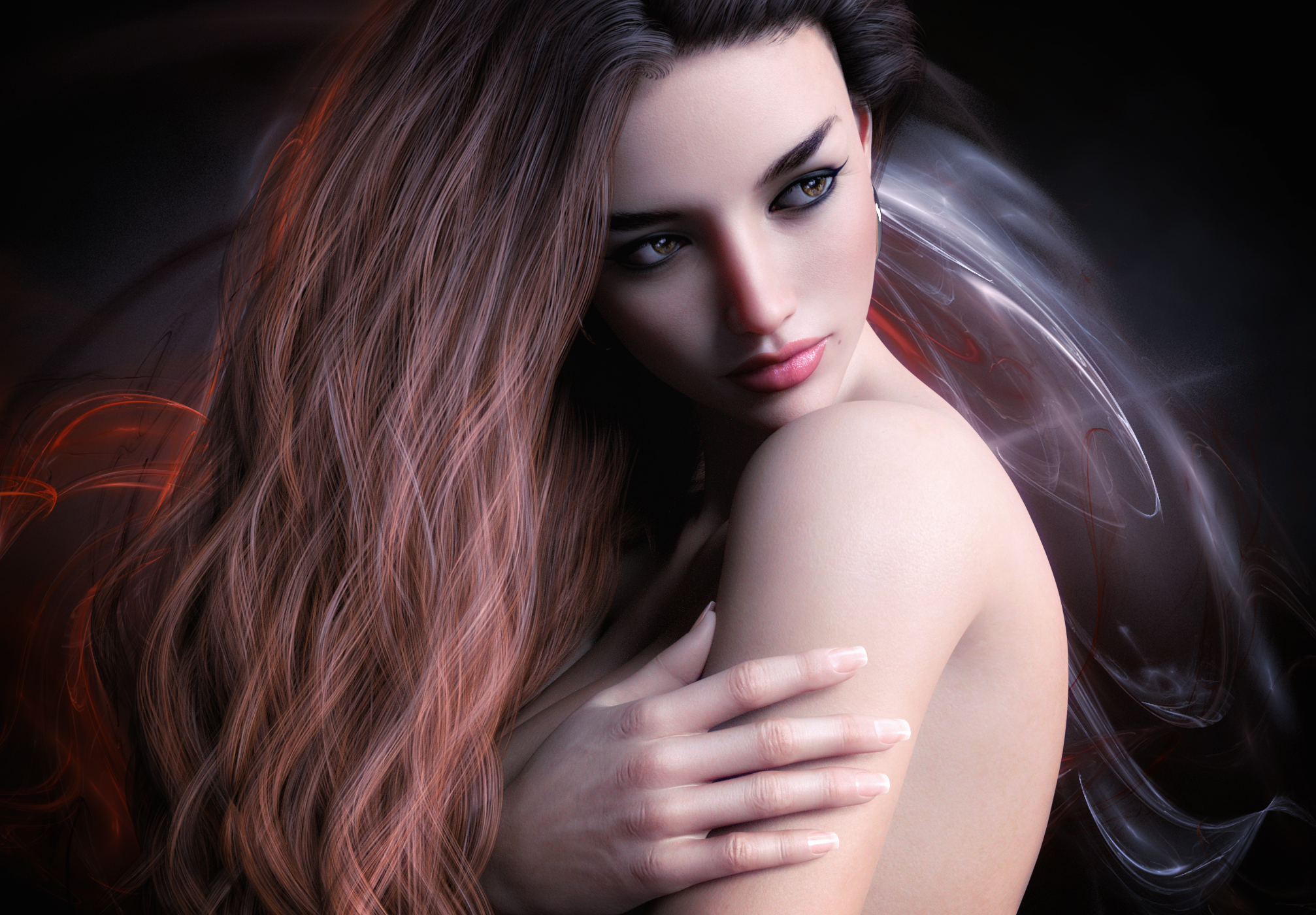 Michael nor Taylor paid much attention to the fact that D’Andre’s profile clearly stated he was Dom. They had dabbled in D/s in order to explore Taylor’s submissive desires, but it never felt truly authentic for either of them. Michael is more of a sensual, passionate lover. While he certainly provided Taylor with hot spankings, passionate sex lasting hours, and multiple orgasms; he came up a little short in the size department. His slender, 5″ cock didn’t back up his commanding presence, and he wasn’t physically capable of “fucking her into submission”. Rather than feeling sated and compliantly submissive after a hard fucking, Taylor was often left feeling sassy and craving more.

Sex with D’Andre would be very different. He fucked Taylor into submission the very first night they were together. She didn’t want to admit it to Michael or herself at the time, but deep inside she knew it. It was the kind of experience Taylor had always fantasized about. She loved D’Andre’s dominant energy and, unlike Michael, he had more than enough cock to back it up. While she often pleaded with Michael for “more”, she struggled to accommodate D’Andre’s overwhelming manhood and felt him in the very best way for days after fucking him. Over the course of their ensuing play dates, he skillfully guided Taylor deeper and deeper into her subspace. At the same time, Michael was having a parallel experience as he sank deeper and deeper into uncharted cuckold spaces. D’Andre was pushing their limits and skillfully opening their minds to possibility of a new type of experience – an “Owned” couple.

This new experience would require passing through a number of new thresholds. Ownership of Taylor’s pussy and overall sexual pleasure was one such threshold. The transfer of ownership began to happen gradually over the course of ensuing visits. Taylor began openly admitting to D’Andre he was providing her with the very best fucks of her life. This obviously meant that D’Andre was fucking her better than Michael but D’Andre wanted Taylor to say it. Invariably, while they were fucking, he would alway ask her if he fucked her better than Michael. Her answer was always an immediate and emphatic “Yes!”…and her admission was often accompanied by a toe-curling orgasm. For reasons not fully understood, it made her so wet to tell D’Andre this.

Taylor also enjoyed connecting with Michael after her play dates with D’Andre. She would gush about how well D’Andre fucked her and how his big dick filled and stretched her little pussy in ways Michael’s little penis never will. All the while, she could hear Michael’s heavy breathing as he stroked his modest member. Taylor would describe what a heavy comer D’Andre was and how he flooded her pussy or mouth his thick, creamy heavy loads…and how she loved the taste of D’Andre’s cum. This never failed to push Michael over the edge. She would encourage Michael to keep stroking his little penis and shoot his small load in a tissue…while reminding him that a real man’s cock had just flooded her womb with superior load. Michael always had the most intense orgasms in these moments.

The question of “Best Fuck” is one thing, the question of ownership is another and D’Andre often asked this question too. Taylor’s response was far more careful and nuanced to this question. She wouldn’t tell D’Andre he owned her pussy even though he was already commanding her body like no man ever had. This left both of them feeling less than satisfied. As part of their D/s experience “ownership” meant something to both of them…and to Michael.

As Taylor’s sense of submission deepened, cognitive dissonance began to set it in. How much of her experience was fantasy and what was real? Who really commanded her pussy and her sexual pleasure? Michael is the man she loves and the one making all of this possible, but D’Andre is the man actually delivering the dominant energy and physical pleasure she craves. How can she fully submit to D’Andre while at the same time being sexually available to Michael without her Sir’s permission? Shouldn’t a woman’s Dom control who she is allowed to have sex with? And, if she always needs Michael’s permission to be with D’Andre, then it didn’t feel like D’Andre was truly her Dom.

Taylor struggled with this dilemma. She loves Michael with all her heart and soul, and her interactions with D’Andre have done nothing to change these feelings. If anything, she only feels them stronger now. Michael is giving her a special gift of sexual freedom that few men would allow their lover. While she was once hesitant to accept this gift, she now feel very fortunate and grateful. If it ever came to a point where she would have to choose between the two men, she would always choose Michael without hesitation. Fortunately, her decision isn’t about one man or the other. Given Michael’s desire to be cuckolded, Taylor can still be with the man she loves while simultaneously enjoying the best sex of her life with another man.

However, D’Andre’s desire to command Taylor’s submission and her desire to submit fully to him does complicate matters.

Taylor has a play date with D’Andre and pre-date phone call with Michael in a few minutes. Given Michael’s openness to exploring this path, all that remains is Taylor’s long overdue decision. She owes it to D’Andre, herself, and Michael. The thought of telling D’Andre he owns her pussy is soaking her panties and making her inner thighs slick with arousal. Even if her mind is confused, her body is speaking her truth. She knew it the first night D’Andre fucked her, and she wants him to know it tonight. Taylor is craving this new reality and knows the dynamics of this situation excite Michael too. But, can she actually go through with this? How can she tell the man she loves and adores that another man has fully claimed her pussy, and she wants him to own it? How much of this is just a game to Michael? Does he really know how much she truly craves D’Andre’s touch, dominance, and big cock? Would it hurt him to know how very real her desires are? This is no longer a game to Taylor. She wants to submit fully…to D’Andre.

[The phone rings…Call from Michael]

17 thoughts on “A Question of Ownership”