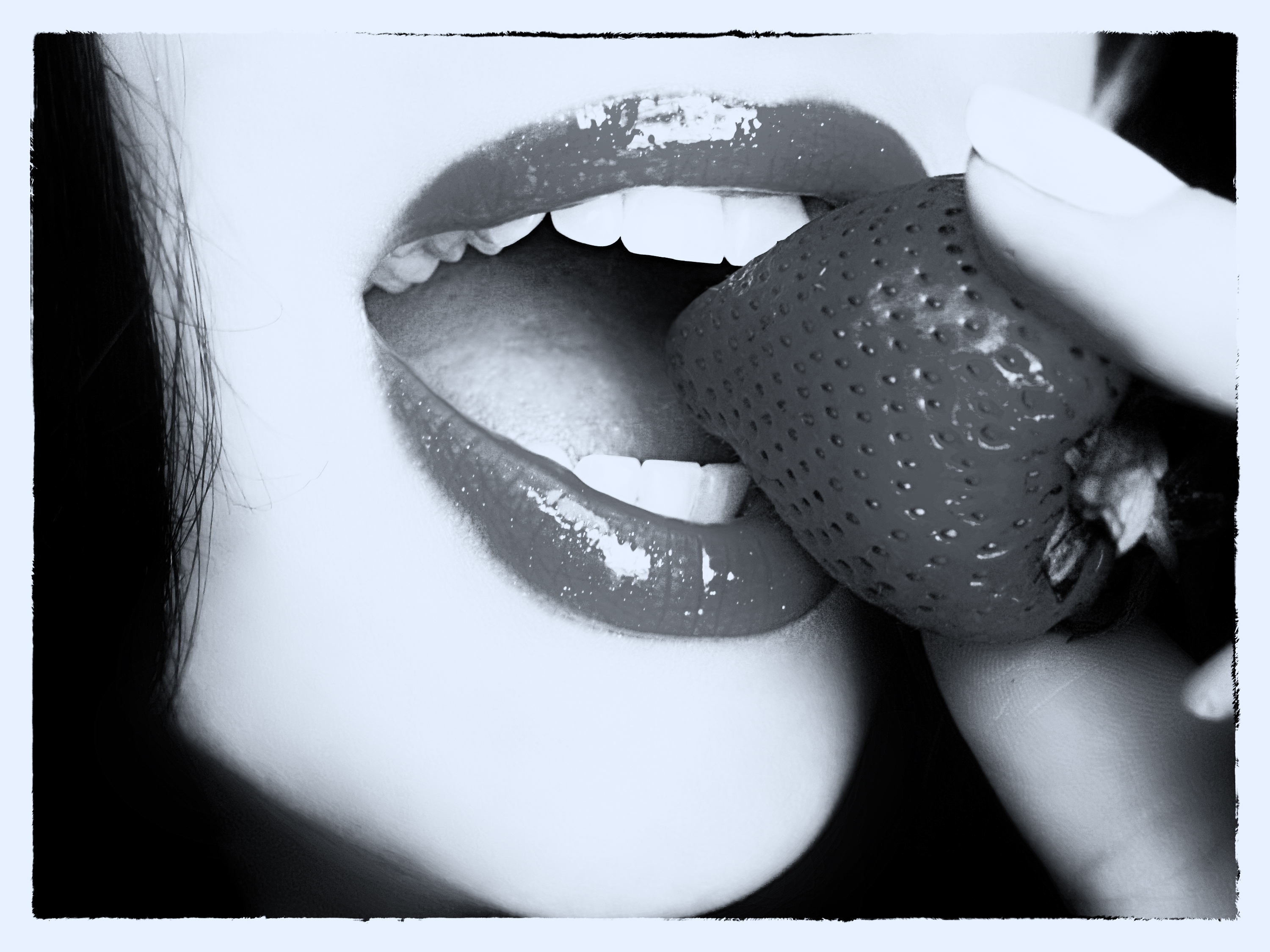 Strawberry Letter 23 is a steamy stroll down memory lane and tribute to a special lover, Paris.

“Michael, I have had so many bad experiences in my life that I never thought I would fall in love. I was very sure I didn’t want to have a serious relationship or get involved with someone. I guess I was worried about getting hurt and didn’t trust anyone. But, with you, from the first moment I met you, I felt comfortable. When we were talking on the patio, I could see in in your eyes that you cared for me. It is hard for me to explain the feeling you give me when I look in your eyes or when you touch me…I feel like a little girl. I don’t have to worry about you or anything. I can trust you and know you’ll be there for me. This is how I feel when I’m with you.” ~ Paris

It feels like a lifetime ago since I last held and laid my loving eyes upon her. A few photos, love letters, and memories are all that remain. She is locked in my mind forever young as the beautiful 21 year old girl I fell in love with. I can still remember the night we met like it was yesterday…

I am standing near the bar just taking in the scene at one of my favorite clubs. The energy is picking up as the room begins to fill. Young men huddle together discussing the girls they have their eyes on while fueling up with enough liquid courage to make the approach. The girls are huddled in a similar fashion, but they appear more interested in one another than the boys in the room.

I watch with great interest as the boldest of the boys break from their packs to approach their favorite girls. The Saturday night torch has been lit and the ritual begins anew. I watch a few of the boys make the grand walk across the room to approach a group of girls, most are quickly rejected. Oh, the shame we all feel in that moment. I watch one of the boys return to his pack with a red face and head held low as his friends laugh at his failure. The teasing is all in good fun though. We’ve all been there, and he’ll live to fight another day.

All is not lost though. Some girls do say yes. The brave boy is cheered by his pack as a conquering hero and envied for his courage…and success. Slowly, the dance floor begins to fill as dreams of the unknown take flight. Off to my right, I notice two girls sitting at a table having drinks. All women are beautiful in their own way. One of these girls though is absolutely stunning and seems, from my perspective, to have aura of light around her. Her friend is attractive but…damn, this young woman is shining like a celestial light. It is so unusual to feel a single woman so dominating the energy in a room filled with dozens, even hundreds of other girls.

I’m not the only one that notices her. I watch as a procession of boys approach her table asking the goddess to dance or at least trying to engage her. One after the other, she dismisses them in quick order. Are these guys not paying attention? How many times do you have to see her reject these approaches before you look elsewhere? Clearly, she has zero interest in leaving her friend alone.

I watch the great ego massacre unfolding before my eyes and the scene begins to bother me. I’m not worried about the guys, they’ll recover. What bothers me is that the other girl isn’t getting any attention. It would have been great if two guys approached and allowed the girls to at least dance together and not make one of them feel less desired with hurt feelings. I finish off my whiskey and order another as I ponder the dynamic between those two girls. All the while, a steady stream of boys continue to approach that same girl and are steadfastly rejected.

I can’t take it anymore. I’m going to approach the table and ask the other girl to dance. This isn’t an act of pity, she just doesn’t deserve to be experiencing this, and I want to make it right. I want her to know that she is special too. If her friend wasn’t willing to leave her, I know she won’t leave her friend either. Still, she would at least feel some validation even as she rejects me. I make the walk to their table fully expecting a “no thank you” from her. This is normally a tough walk – the promise of what could be balanced by the embarrassment of being told no in front of several hundred people. I could feel the eyes of rejected guys watching to see if I would join them in the “no thanks” line, or if I would be worthy of their adulation.

Arriving at the table, I make eye contact with the goddess and she holds her gaze on me. Her friend barely looks at me, almost resigned to the fact that I am going to ask the goddess to dance. I imagine the goddess is preparing her “no thank you” reply. I smile inside, then ask the other girl to dance. The other girl barely even looks at me and gives me an almost rude, “no thanks”. I hadn’t really expected her to say yes but being so curtly rejected still stings. It’s okay. I’ve been rejected many times and can handle it. At least she knows that someone noticed her and this is about her, not me. I turn away to begin my own walk of shame, but the goddess quickly reaches out.

“Wait, we don’t want to leave each other alone. You should sit with us. I am Paris, so nice to meet you.”