Lilah – Best Fuck of Her Life (It Wasn’t Me) 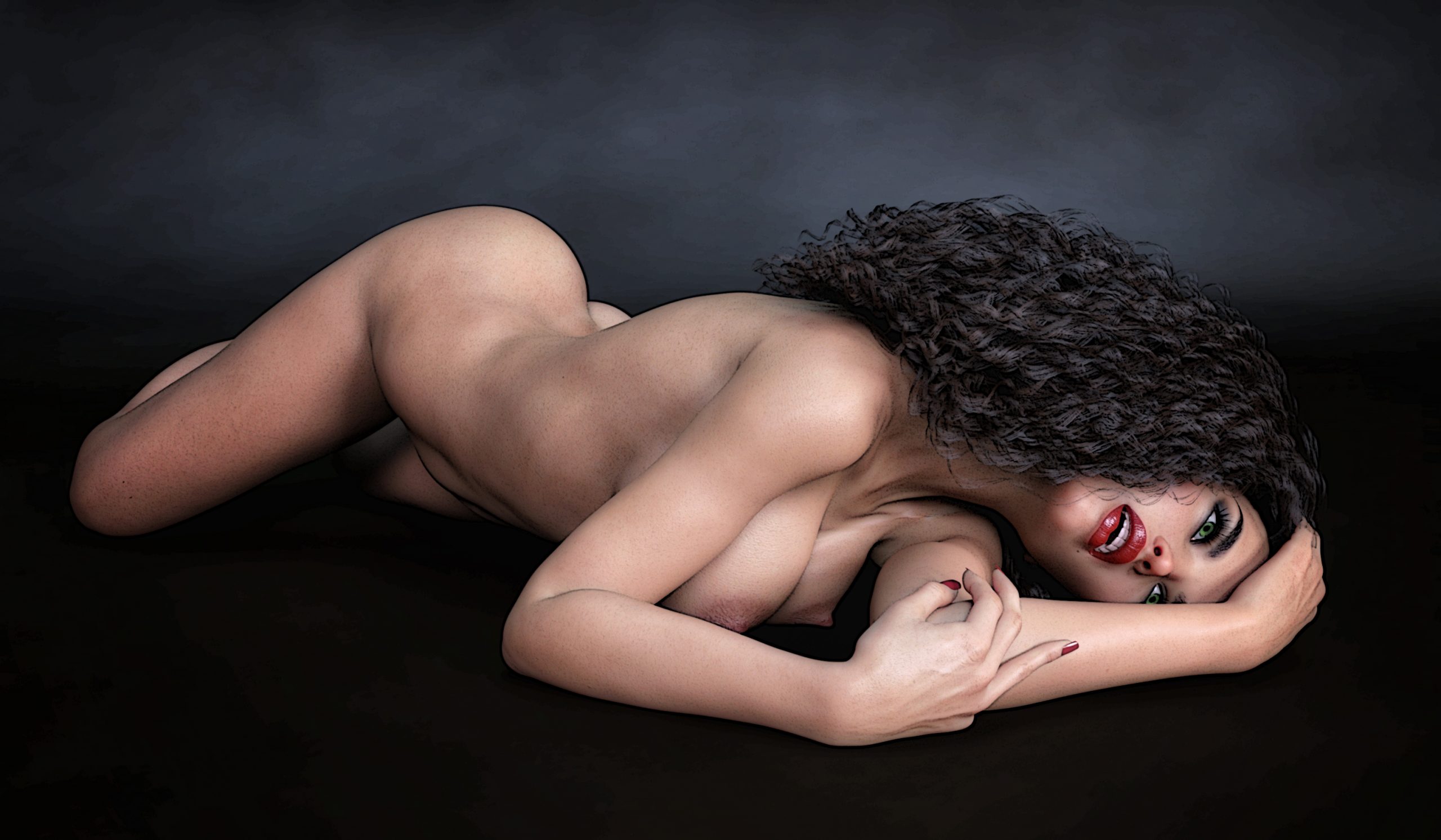 At long last, her text arrives. “I’m just leaving. Sooooo good! Best fuck of my life!!!” What follows is how Lilah described the evening with her new Bull, Mason.

Best Fuck of My Life

Mason led me straight to his bedroom as soon as I arrived. We sat on his bed and talked for a moment before he started undressing me. It felt so strange to be in love with you but having another man undressing me. There was a sense of urgency and hunger about him which had me instantly wet. He quickly stripped off his own clothes as I excitedly looked on…his long, fat cock springing free and hard. He pushed me back on the bed and immediately pushed his fat head in my soaked pussy. Oh my god, it felt so intense to have a cock like his pushing inside me!

My pussy felt so small and tight for him that I had to press my legs together to slow his access and push against him! God, his cock is so big! He was persistent though and kept working himself inside me while telling me how wet and tight my pussy felt – I loved hearing him say that! Thank god, I was so wet! He kept easing his plump head in and out, going a little deeper each time…deeper and deeper as the tension slowly released from my body. His head was so thick that I could feel its ridge constantly and knew exactly where he was inside me. Mason wasn’t even half way inside me before I began moaning and had my first orgasm.

Baby, you have my pussy grooved perfectly for your cock, but he was stretching your girl’s little pussy so much! I kept pleading with him to be gentle and telling him I wasn’t used to having a man his size inside me. This seemed to only make him harder and more aggressive. He kept thrusting inside me and opening me up more and more…grooving my pussy to accommodate his huge dick! Oh my god, I came so many times! I finally had to slide away and put a hand protectively over my stretched little pussy. Can you believe I actually needed a break? I couldn’t believe it myself! It was sooo incredibly intense!

Wow, I’m feeling such a hot mind fuck right now! I just had this amazing experience with another man and still have his scent all over me while telling you – the man I’m crazy in love with – all about it! I’m really curious to get a peek inside your mind tonight. What were thinking when I sent the photos before going in his house? What was it like as you waited and wondered what was happening? I’m especially curious about what was going through your thoughts and how you are feeling as I tell you how good it was? I imagine you are feeling a lot of conflicting and swirling emotions right now, but not sure.❤️

Finally, after one extra intense orgasm, I collapsed on top of him and rolled off to the side with one hand again covering my tender pussy. He asked if everything was okay. I assured him nothing was wrong and just reminded him that his dick is so much bigger than yours. He liked hearing this (and I said it too him a lot) but I wasn’t just saying it – it’s true! Baby, I love having sex with you, but you are a lot smaller than Mason. I told him you don’t stretch and fill my pussy the way he does. He is such a tight fit and hurts sooo good!

I thought he would let me rest, but he pulled me up onto my knees and took me from behind. You know it took me a little while to get comfortable with you like this, so I reeaaaally struggled with Mason. He had your girl whimpering beneath him. I tried to pull away from him…pushing back with my hand on his hip to scoot away, but he wouldn’t let me. Instead, he grabbed my hips with his large, strong hands and made me take his huge cock! Oh god, he fucked me sooo hard and deep! I felt like such a tiny girl with this mountain of a man pounding my little pussy from behind and making come over and over!

Something else happened tonight that I need to share. Throughout the night he kept asking sexy questions and saying such hot things. He asked if he was hitting places nobody has ever touched before?  I said, “Yessss! You’re so long and thick….no one has been so deep inside me. You are totally filling me up!” He loved it! I loved it!! He also kept telling me to call him Sir, but I resisted. I mostly ignored this but would sometimes tell him that he’s not my Sir because you’re my Sir!

Baby, it is hard to explain how it felt for me to have a cock like his inside me. I could barely think about what he was requesting in my sensory overloaded, bliss-filled mind. I was overcome with pleasure and lost in a sea of endless orgasms. I resisted as long as I could but was too weak to resist any further and finally said it. I called him Sir. Wow! If this upsets you, I’m so sorry and won’t do it again. It just came out. After calling him Sir, I slid off his cock and melted into his bed. I don’t know if it was an emotional reaction to finally surrendering that sacred word we share to him or just sheer exhaustion, but I felt so confused by what was happening to me.

Laying there in my dazed state, he asked if I would be feeling him tomorrow? I told him that I had NEVER been this sore and would definitely be feeling him tomorrow and for days! He acted surprised but loved it when I talked about his size and how amazingly he fucked me. You and I can fuck all day, but I don’t feel you the next day like I already knew I would be feeling him. Honestly, my head was spinning at this point. I just couldn’t believe what had happened. This man had completely overwhelmed me. I was physically and emotionally exhausted, physically wrecked, and my pussy was going to be out of commission for days.

I shared this with him, but it only turned him. He pushed my legs open and started using his fingers on my clit. He kept on talking dirty and asking so many questions. He wasn’t satisfied with knowing he was larger than you. He wanted to know if he was the biggest man I’ve ever had? He wanted to know if anyone had ever fucked me better? I couldn’t stop coming on his fingers. I could barely think, much less talk. I told him that he has the biggest dick I’ve ever had inside me and that, yes, he’s the best fuck I’ve ever had! He was relentless. “I can makes this pussy cum whenever I want, can’t I?” All I could say was, “Yes Sir! Yes Sir, you can!! At this point, he said, “I own this pussy”.  I remember thinking that it isn’t his pussy to own, it belongs to you. I managed to tell him he didn’t own it even though we both knew he was in complete command of my body and was going to have many more opportunities to do so in the future.

Mason must have taken my denial of his ownership as a challenge because he pulled me over to the edge of the bed, pushed my legs apart, pinned my arms above my head, and started fucking me really hard again! I didn’t think I could take anymore, but he made me take more! He drove his long, thick cock into me again and again as he kept asking me dirty questions. Fuck, he had my eyes rolling back in my head again and transported me into a blissful haze. I could barely think but muttered through my orgasmic moans – “Yes you’re bigger than my boyfriend, yes you’re the biggest, yes you fuck me better he does!” I felt ashamed saying this so easily to him time after time but my body was betraying me. I was too weak and coming too hard to get anything out other than what I was feeling. Admitting it to him only made me cum harder.

Mason stood beside the bed stroking his huge, manly cock and fucking my mouth as I laid near the edge. He said my mouth was silk, just like my pussy.☺️ I was gently rubbing his balls and telling him how good he fucked me when he finally released. Omg, he came soooo much!! Like ten pumps or more all over my face and even in my hair! I thought for sure he didn’t have any more left but he moved down and came even more on my breasts. It was all over my mouth and tits…everywhere! I used my tongue and fingers to get it off my lips and chin and swallowed some of him, mmm! He admitted it was an unusually big load and said it was my fault for making him cum so heavily! That made me really happy!

Lilah’s incredibly erotic recounting of her night left me with a lot to process. Lilah was certainly experiencing a lot of submissive energy around Mason. In the heat of the moment she even called him Sir…and even orgasmed while saying it.  We certainly have a lot to discuss and explore tomorrow. However, the first order of business and most pressing matter is my dripping, hard cock! With the video running, and feeling incredibly cuckolded, I record my release…an amazing load for me but one apparently with far less volume than the huge load Mason released all over my girl’s face and breasts only hours before.