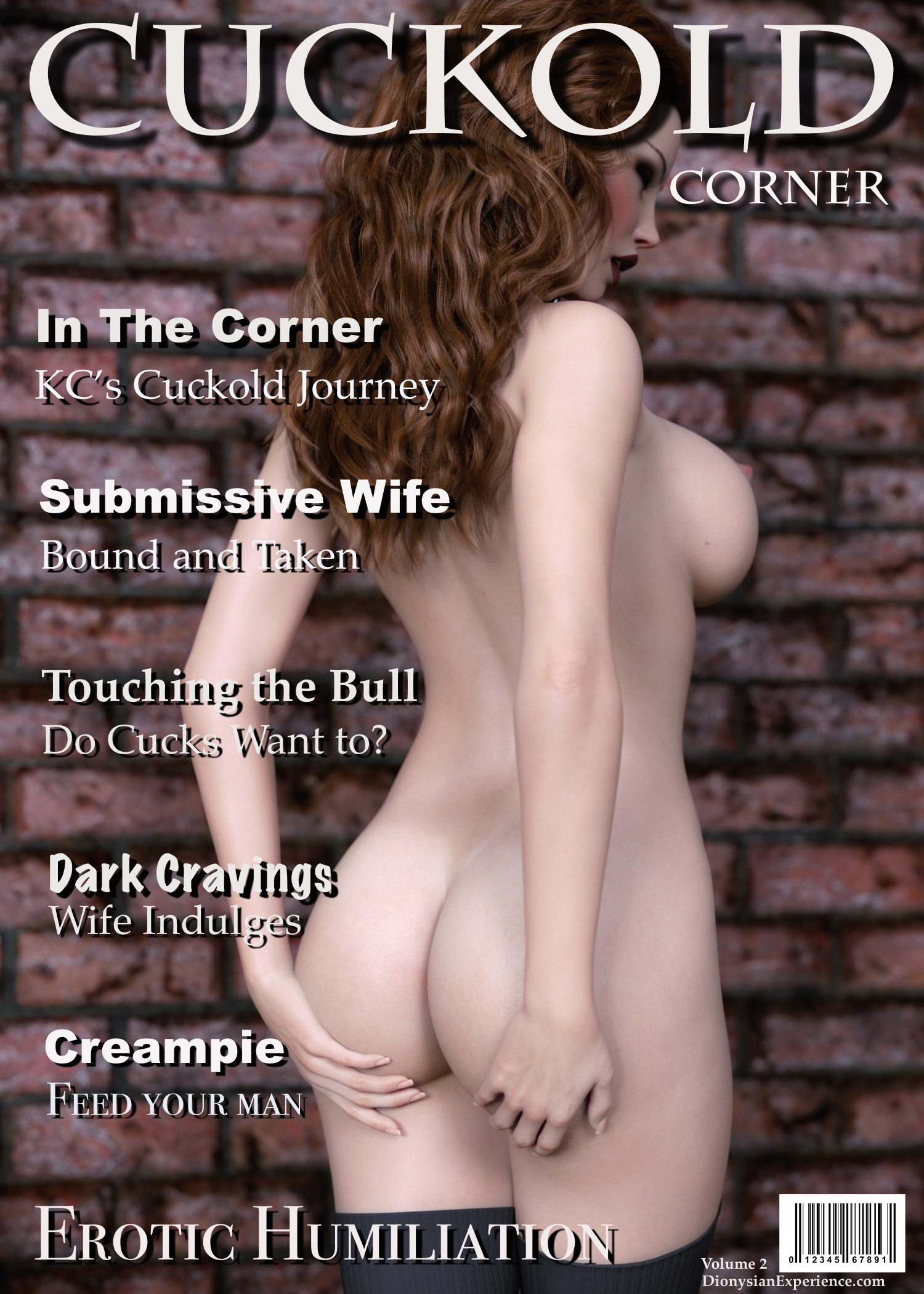 Michael – How about we start first with your current relationship? Give me a little taste of what your relationship is like with your fiancé.

KC – We are deeply committed to each other emotionally, I treat her with respect, and our relationship is a very loving one. Open and honest communication, trust, and respecting one another’s desires is so important. We are open to exploring one another’s fantasies and even trying some of them. But, if neither of us are happy about it we won’t do it again. Also, we aren’t looking for anything with other men outside of the bedroom. It’s just about sexual play. I would add that we have taken breaks too, and it isn’t an all-the-time lifestyle. Sometimes we will go for months without any form of cuckolding in our lives. At other times, we are very active and she may be getting fucked by multiple men in the course of week’s time.

KC – We were in the middle of pretty hot sex and I asked her to tell me her deepest, darkest fantasy. She shared that she wanted me to tie her up and have another guy come in the room and fuck her while I watched. I was excited as I had always wanted to watch my woman with another man. We both came so hard that night after she shared her fantasy. Hearing your lover openly confess to wanting to fuck other men is one thing but actually watching it happen would be another. I wondered if I could handle the “mind-fuck” of actually seeing it happen.

KC – Thank you. You see, I’ve been cheated on in a previous relationship and it’s emotionally devastating. Horrific. Given that experience, one might logically ask why I would want to marry someone who wants to fuck other men in front of me? There is a HUGE difference between someone screwing around behind your back and the cuckolding lifestyle.

Did you harbor this fantasy before your wife cheated on you?

KC – I had the cuckold fantasy for years in other relationships but none of these women had any interest in being sexually adventurous and wouldn’t even talk about fantasies. So yes, the idea of cuckolding DID turn me on and has been a long-held fantasy. Personally, I don’t believe that women are biologically designed or meant to have sex with just one man. Having said that, it IS a choice. As a choice, it’s one that a woman has control over. In my case, I don’t believe my fiancé would continue with our cuckolding lifestyle if I asked her not to.

KC – I tied her arms tied behind her back and blindfolded her just as she had fantasized about. Our Bull then entered the room and fucked her from behind as I stood by and stroked my cock. Actually, watching another man stick his cock inside her and fuck her had my heart pounding! It was such an unknown space, but I could tell she was really enjoying it and that excited me even more. This became a regular part of our play and we often fuck afterwards. So, it was with my fiancé that I actually experienced cuckolding and now we both love it.

KC – Almost always. It is important to her that I am present. I think part of this is for safety reasons but she also wants me to see how much she is enjoying herself and how much other men enjoy fucking her. It’s part of what turns her on about it. Each time she gets fucked, she glances at me to see if I’m hard or stroking my cock. She wants to know I’m enjoying myself.

KC – As far as her preference, her biggest thing is that they be well hung. More recently, she exclusively limits our potential candidates to black men.

KC – Well, it’s just a preference. Being a white couple, I do enjoy the contrast of black and white skin. She is a sexual woman but never had sex with black men prior to our relationship. She grew up exposed to a lot of racist beliefs running through her family and they would not have approved of her dating black men. She was curious though about the sexual myths. With me, she can spread her legs free of judgement for as many black men as she wants within the privacy of our marriage.

Michael – Sounds like you have had some positive experiences?

Michael – That is a very hot statement for her to make.

KC – Yeah, she has gotten into it!

Michael – You mentioned that your wife is submissive with her Bulls. Are you guys into her dominating you or humiliation play?

KC – One more thing. People often ask me about jealousy.  Am I jealous when she is being fucked and enjoying it? I wouldn’t call it jealousy. It feels more like envy. I’m envious that I don’t have such a huge, hard cock. But, at the same time, when it’s all over, he will be the one leaving and she chooses to be with me.