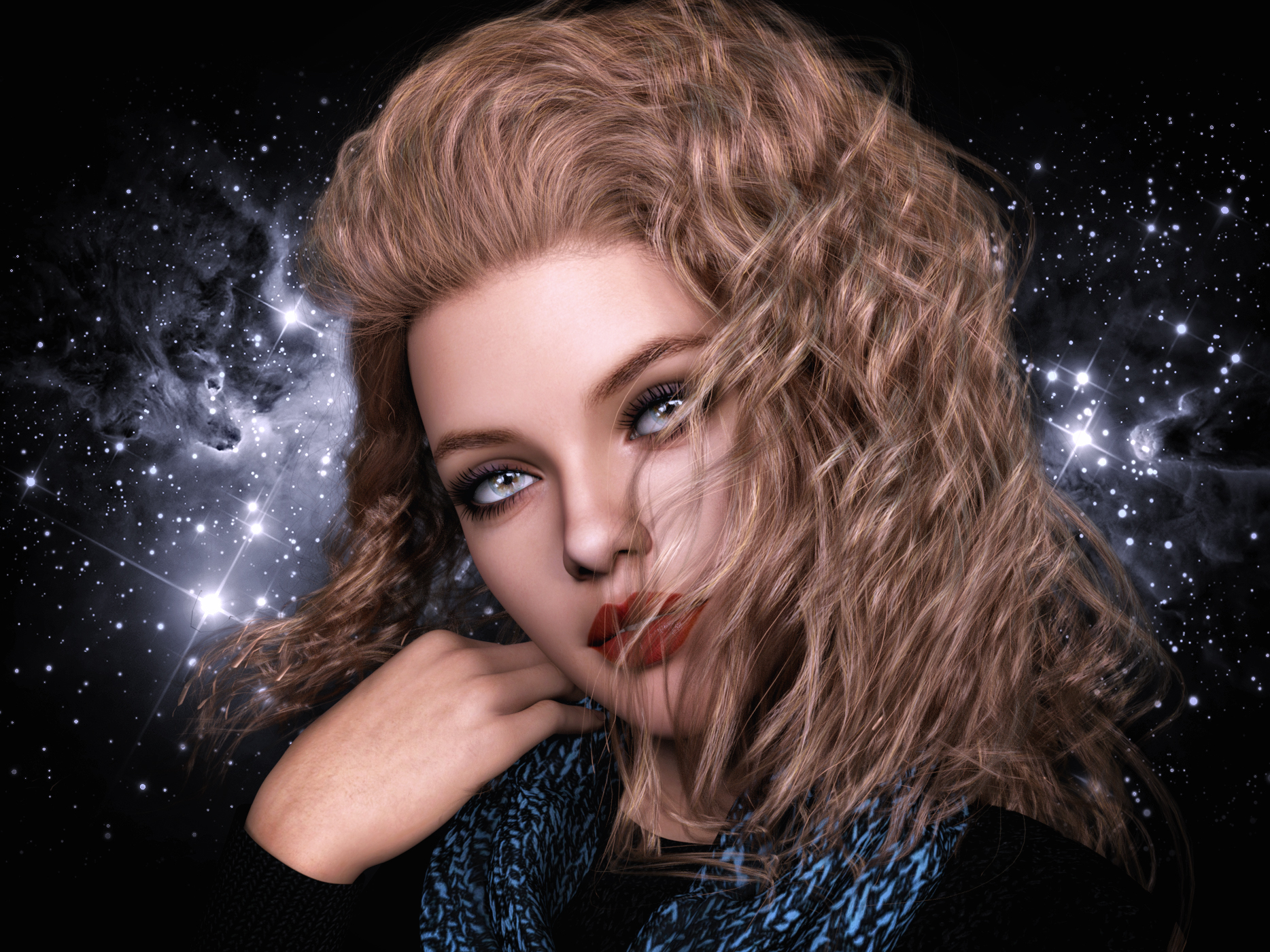 Hi Paige, it has been a long time. You may not remember me, but I have never forgotten you. I was still in college when we first met at a popular downtown club. You were a few years older and beginning life in the real world with a real job and your own place. In a crowded room with hundreds of drunk kids in our twenties, our connection was immediate and there was an almost tangible energy swirling around us. We had a blast dancing and drinking the night away. Before we knew it, the lights came on signaling closing time. It just wasn’t my nature to let the night end with a hug and a “see you later”.

There is no denying that I went out that night with the intent of getting laid, and this was still my goal. I could tell though that you were special and, while I behaved like I always did, there was something different happening tonight that I didn’t fully understand. I pressed on by sweet talking you and doing my best to get you to take me home to your place. I could see in your eyes that you were close to saying yes but struggling with moving too quickly. I wanted to make “yes” easy on you and, despite my youth, I was a smooth talker. Still, you resisted so I backed off…a little.

Sometimes a tactical retreat can result in strategic victory. I at least needed a place to crash since I had been drinking and it was too far from home to drive. I asked if I could sleep on your couch? If not, I would sleep in my car as I had done many times. We were deep in winter’s grip and this worried you. For the record, my car was always well-stocked with blankets, food, and water. After making me promise I would “behave”, you agreed to bring me back to your apartment to sleep on the couch. I quickly agreed. I would have loved to know what you were actually thinking at that moment.

We arrived at your place and started making out right away. I was trying to free you from your clothes but you resisted. You said it was late and we should get some sleep. Oh, the games we played as young adults…sex never seemed straightforward back then. I complained teasingly, “You aren’t really going to make me sleep on the couch are you? Let me sleep in your bed…I promise to behave.”

It was all a gentle, flirty dance that gave you every chance to say no or to accept what you really wanted in small steps. You agreed but said, “No touching, just sleeping”. Right. Got it. Once in your femininely appointed bedroom, you turned down the lights and left to change. I need to be free when sleeping and don’t wear underwear to bed. Actually, I don’t ever wear them. I quickly undressed and jumped in the bed with nothing on. Did I think that once you slipped under the sheets and felt the heat of my body and hard cock against you that you would fuck me? Yes.

It wouldn’t take that extra bit of temptation though. After an extended absence, you returned from the bathroom wearing some very sexy lingerie.  Damn Paige, you were a breathtaking sight to behold!

Given your resistance throughout the night, this was so unexpected. You seemed so bashful and innocent as you stood there awaiting my reaction. The games were over. An evasive young girl left the room and a woman returned. You were a vision of beauty and I told you so as I motioned for you to join me in your bed.

You thought I was so bad for already being naked, but it only made things easier for us once I quickly took care of your lingerie.

As the years have passed, I still have vivid memories of how surprisingly intimate and sensual the love making was between us. Our bodies flowed in perfect unison and the sensual energy lit corners of my soul that had been cloaked in darkness since my mother’s suicide. We were good…really, REALLY good. To be perfectly transparent, it was too good and something approaching divine, transcendent ecstasy. You were like swirling, dizzying lights flashing all around me. It was as if I had stumbled across my soul mate.

In our afterglow, I knew I was in trouble. I remember thinking, “No way, not now.” I still had a mission to fulfill. Much of this “mission” is described in Leanna – Separate Ways. Also, though I never told you, I was still fighting some demons that began to swirl around me after mother’s suicide (discussed in Shadows).

Looking back I can see that I became somewhat obsessed with the affection of women, and it nearly defined my very existence. I was driven to become what women found attractive. My education was based on getting a better job and being financially viable to women as a potential provider and lover. Money would not be a disqualifier for me. My fitness was based on developing my body into what women found desirable. Ditto for my clothing, grooming, and mannerisms. Seduction became my craft, and I was becoming a master craftsman. It isn’t a stretch to say I wanted to fuck every woman on the planet…twice. I desperately needed to be validated by women as if to prove to my mother that I am and should have been worth living for. The women of the world would know me and validate my existence.

Despite my panicked feelings in our afterglow, we slept like naughty angels and enjoyed an intimate, cozy winter morning together. That afternoon, you took me to my car where we exchanged goodbyes and phone numbers. We had another evening together soon after which was even better than the first because we weren’t plastered with alcohol and already felt a  very strong connection. A random memory of that second night was a CD I brought and left with you. I planned to get it back next time. I was falling hard for you.

Unfortunately for me, I never called you back for “next time”. I still have that empty CD case. It’s a painful reminder of what I lost…and I’m not talking about the CD. I ran into you a few months later at the same club where we first met. Just looking at you had my heart racing, and I immediately regretted not calling you. I wanted to make it right…I think. I was making progress on gaining your forgiveness and, potentially, another magical night. Then your pain-in-the-ass friend started pulling you away from me. You wanted to stay and hear what I had to say. I remember walking outside the club as you and your girlfriend were leaving. I was talking to you while simultaneously fighting off your crazy (but very good) friend who was telling you to ignore me. Obviously, she had been consoling you in my absence. She was right. I didn’t deserve a second chance.

I was spinning my yarn about why you should take me home again and must have said something that triggered you. I have no idea what it was, but your whole face changed instantly and time seemed to pass in slow motion. Your light disappeared. You became very upset and told me I hurt you and that this was not some game. You said you had felt something really special, you trusted me, and was excited about seeing me again. You curled up your tiny hands and pounded me in the chest, “Damn it, Michael! I cried every night for you! I thought you were different!” You gathered yourself and stared deep into my eyes as tears pooled and ran down your beautiful cheeks. Then, without another word, you turned away and vanished into the cold winter night…gone forever.

Paige, you saw beyond my mask. Like no one before, you felt my sensual inner nature and connected to the real me. You saw a part of me that I seemed to hate, fear, and repress. My life experiences to that point had taught me that girls don’t like sweet boys. Girls didn’t want a boy whose soul was so gentle he would fail a science project (as I had) for refusing to kill a butterfly as part of my insect collection. I had been sweet boy and had my heart broken. My own mother left me. The soul of a woman seemed to be a dark, scary place and capable of bringing excruciating pain.

What women wanted were the bad boys and assholes that would play hard to get and treat them terribly. This made the girls fight even harder to win my affections and tame me. It also protected my heart. In fact, I figured it was this bad-boy persona that drew you to me. In my eyes, you were another woman inevitably bent on snuffing out the final flickers of my sensual, loving spirit. I didn’t want to give you that chance…to hurt me and abandon me.

Regardless of my convoluted reasoning, I was wrong in how I handled my fear. For all I know, your father or mother could have abandoned you. Then, what I did may have made your fear even deeper. You could’ve had a string of men that hurt you when you revealed your sensual spirit. I was just the next one in line to hurt you. I was selfish and acted solely on what I needed without regard to your feelings or the potential emotional damage I inflicted on you…and others. Paige, it is far too late now, but I am genuinely sorry.

To this day, crisp, star-filled nights remind me of our final moment. I can see you in your black wool winter coat and scarf with gorgeous hair blowing in the wind. I will never forget the last time your glassy, tear-filled eyes looked into my soul. You were a sensual woman in bloom. You deserved so much more from me. I couldn’t see it then, but I see and know that spiritual glow now. You unleashed a spiritual awakening within me that forever altered how I feel about and have guarded the hearts of women. I hope life has been kind to you and that you found a man worthy of your sensual light.