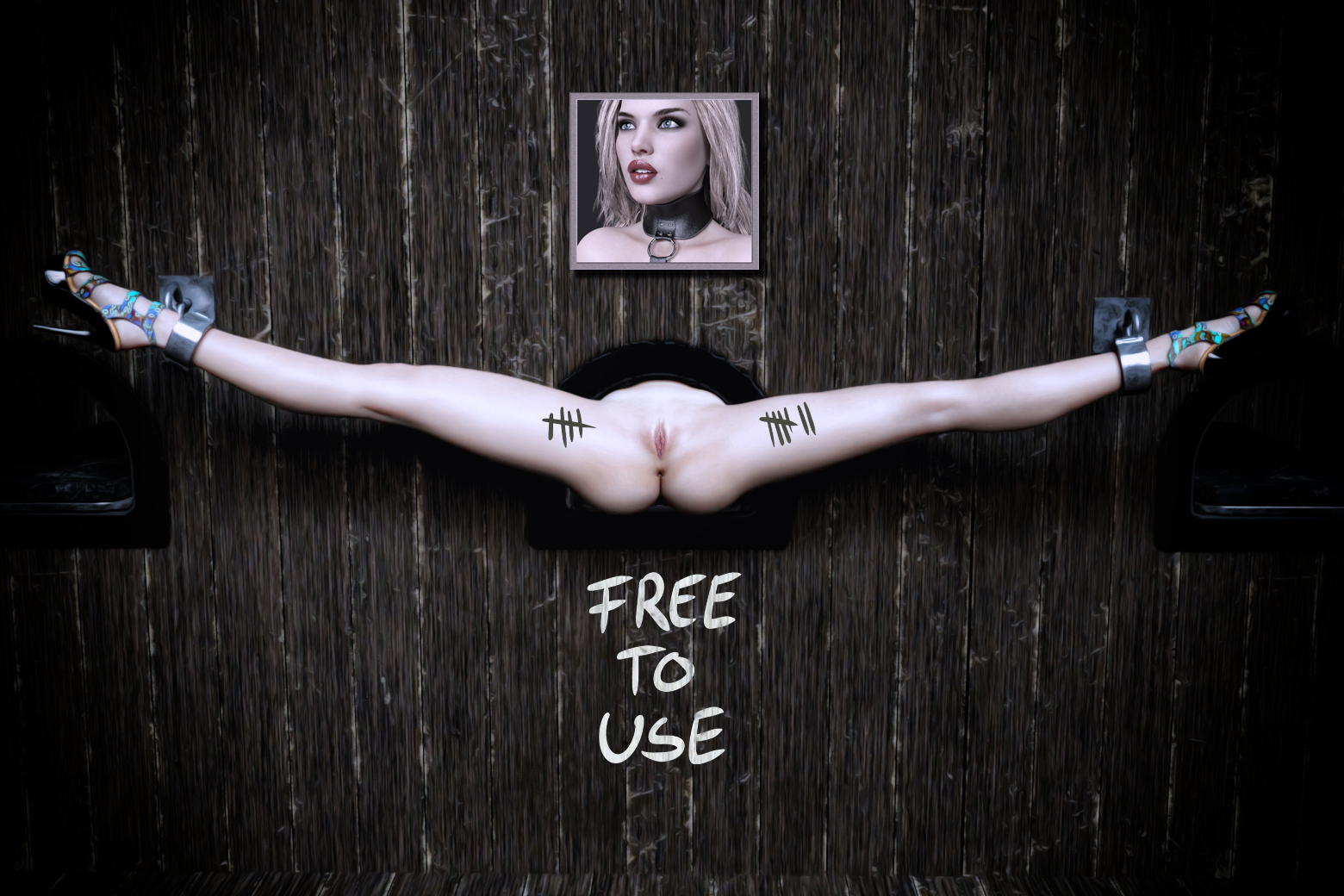 I am endlessly fascinated by the psychology of sexual fantasies. One in particular – the Fuck Doll fantasy – has captured my imagination and I’d like to sink a little deeper into it. What exactly is the Fuck Doll fantasy? As a curious observer looking in from the outside, the fantasy seems to be about a woman surrendering control and being reduced to nothing more than a sexual object. In essence, she becomes a sex toy – a fuck doll – to be used by her lover and/or other men for their sexual gratification. She is helpless to resist and becomes a receptacle for their pleasure. Of course, in reality, the woman is extremely aroused by this scenario and it is about her pleasure as well.

Other kinks share this element of “no control”. Cuckolding is one example I identify with and write a lot about. Submission is a better example that more women may be familiar with. When we think about “subs”, their submission is an erotic gift given to their Dom. The sub giveth power and the sub can taketh away. The cuck, sub, and fuck doll actually hold the power and can stop things at any time. This sense of free will/choice and secretly being in control is what makes the fantasy safe. We just don’t talk about it because it detracts from the fantasy which is fueled by “loss of control”.

Having established the important element of safety and free will, we can now focus on the erotic drivers of the fantasy. We recognize that fantasies are a departure from reality but understanding one’s reality can provides valuable context for why a particular fantasy is hot. It may seem counterintuitive, but I imagine a woman with this fantasy as being a very strong woman. I can hear the question now, “What are you saying, Michael!? A woman that wants to be sexually objectified and treated like cum-hole, fuck doll is a strong woman?” Yes, that is exactly what I’m saying…with one point of clarification.

Slipping into a mind space where you become what you are not can be a disorienting experience. It takes a strong woman to handle this level of inversion. The moments can be scary but wildly intoxicating. It can become euphoric and transcendent as she is lifted beyond the realm of her day-to-day existence and outside herself.

This transcendent sensation is what the ancient Greeks attributed to the presence of Dionysus – god of divine ecstasy (physical and spiritual), rebirth, wine, and theater. While it comes in many forms, transcendent ecstasy is always the destination and this sensation is the Dionysian Experience (also the title of my blog).

So far, we have touched on safety, free will, and the destination – touching Dionysus (aka, transcendent ecstasy). Perhaps it is time to consider one woman’s description of her Fuck Doll fantasy so we can get a clearer picture. She is a professional single woman who very much fits the “feminist” stereotype and describes her Fuck Doll fantasy like this:

I can envision inviting a few male friends over for drinks with plans to feature some interactive art as entertainment. My girlfriend is the art and I have her dolled up in a sexy outfit. It is hot greeting each guy as he arrives and showing off my gorgeous artwork.

Much to their surprise and excitement, I let the men know they are free to interact with the art. “Please feel free to explore her holes. Limit one finger at a time in her ass and feel free to use up to three of your thick fingers in her tight pussy. We’ll open her up more when we take her away from the frame and put her on the bed. Then, we’ll see if we can get two cocks in her pussy at the same time…along with one her ass. I can’t wait for you experience how truly engaging this piece can be.”

I imagine inviting a carefully selected group of men over for dinner who are ultimately coming to “use” and please my girl. I have a wonderful dinner catered and feature my lover as the main course. Once we are set, I step out to the room where the men are gathered and introduce the menu.

As far as examples go, I’ll leave you with one more reference for additional reading, if interested. I once shared a post called, “The Wall” and backdated it so it would be buried in my archives. Even though, much of it was inspired and informed by a woman, I didn’t know what to make of it or how it would be received. I certainly didn’t want to offend the women that do read my blog. I have since come to appreciate that I had inadvertently stumbled upon the Fuck Doll fantasy. Actually, my discussions with women about The Wall is the inspiration behind this current exploration.

Lastly, and perhaps most importantly, I believe the heart of the Fuck Doll fantasy stems from the cognitive dissonance women feel between society’s angelic expectations and her own lustful desires. I explore this concept in some depth in my Hestia vs Aphrodite and in Courtly Love posts. In short, women are often placed upon a pedestal of purity by men and societal expectations. This was done as away to suppress a woman’s innate sexual desires and make her feel shame when she has those sexual desires. I advance the argument that when basic human desires are denied, they often morph and return in different, more extreme forms. Exhibit A – The Fuck Doll fantasy.

Interestingly, it is through submission, bondage, captivity-type fantasies, and the Fuck Doll fantasy that some women feel so alive, liberated, and able to experience the fullness of their sexuality in guilt-free manner. She creates a scene where she has no choice but to surrender to the pleasure she has craved all along. Humiliation play may also be present as a way to eroticize the shame she feels in having these sexual desires.

42 thoughts on “The Fuck Doll Fantasy – Exploring the Layers”