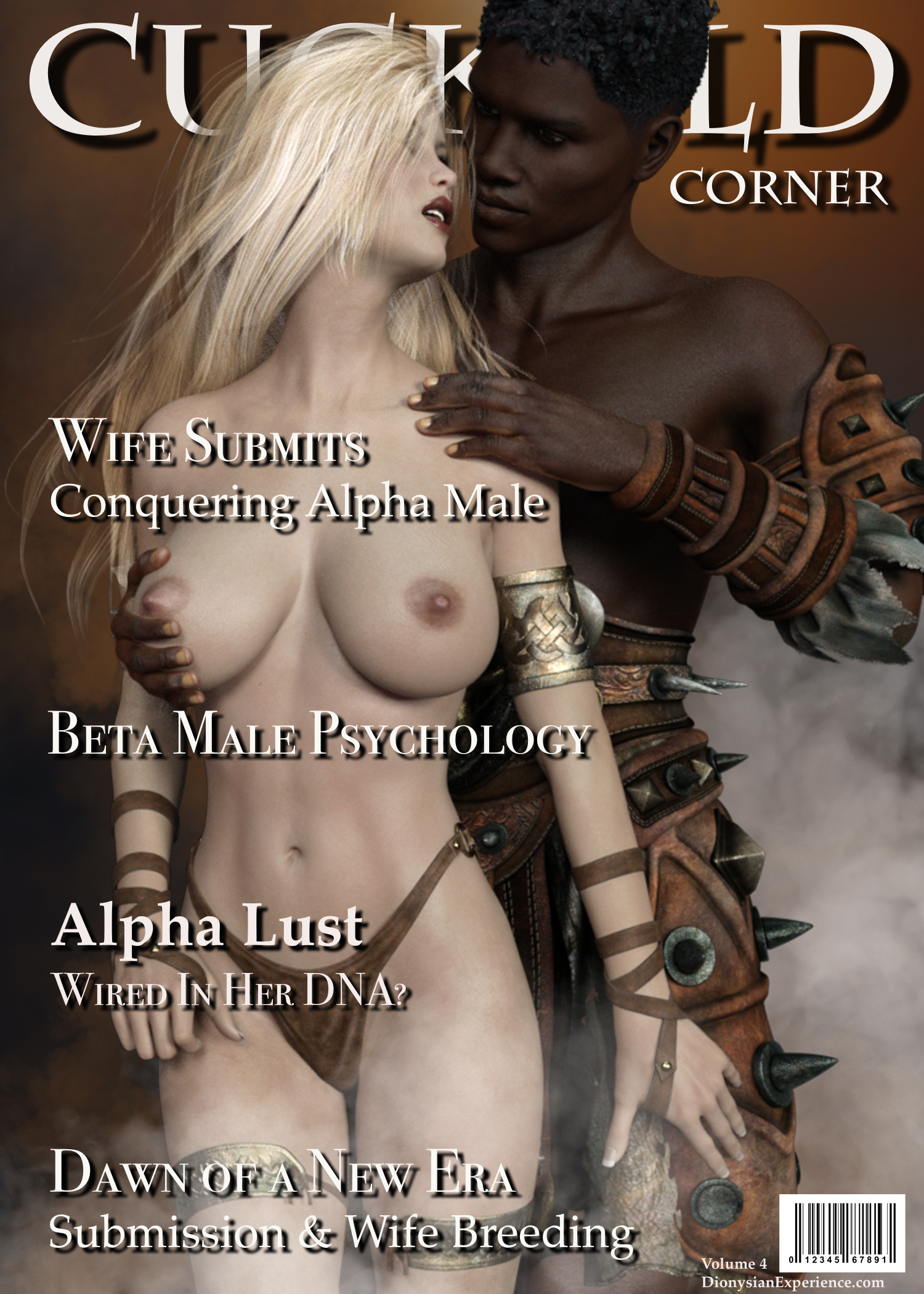 Henry joins me today to share his perspective on the fantasy. Henry is a 40-something, married British male. He has never been cuckolded but identifies this as #1 fantasy.

Michael – Before we get into the message you want to share, would you mind elaborating on what you mean when you say, “others like myself”?

Henry – Of course. I’m an attractive yet smallish white male that actively embraces the role of being a beta male. No longer do I have to try and be something I’m not. I don’t have a big cock and don’t feel the need to compensate for this through false bravado. Nor do I feel the need to mock or demean those males who have what I don’t. I’m simply a good looking but smallish white male who is happy with himself and his place in life. It’s like a new day and I feel very liberated.

Michael – You are touching on a lot of themes I come across in interracial cuckolding. I’d like to drill down on a few of them to better understand your desires. Earlier, you mentioned not needing to make demeaning comments about others that have what you don’t. What does this mean to you?

Context: Henry seems eroticize his diminutive physical stature and turns it into something that excites him sexually. Cuckolds often do this as part of the beta male fantasy, and it is especially pronounced when it comes to comparative cock size. We want our lover to experience and crave more pleasure than we can provide with our “smaller” cock. It excites us when our lover craves more and embraces the fullness of her sexuality. There is often an element of inversion at play too. This is when we become something that we are not. Henry (and many cuckolds) are often Alpha-male types in real life. However, the experience a dizzying erotic rush when from being cuckolded and taking on beta male status. It is similar to a strong woman who finds pleasure in being a submissive.

Michael – In your description of the ancient world, I imagine there was some balance of physical stature, intellect, and power that would appeal to those women. Physical stature may have even played a more prominent role. I’m not sure being a great swordsman (pardon the pun) carries the same weight today as it did back in the day. Societies evolve and what may be seen as the ideal mate today may be very different than it was long ago.

Henry – I think women still have the same genetic wiring. A physical specimen excites them today just as it always has. I think white women are drawn to black men as alpha males because of their physical prowess and large cocks. Maybe they just don’t act on it because of the economic reasons you suggested and societal pressures. It is difficult to prove or advance my belief. What I do know with certainty is that I would gain great sexual satisfaction from my wife mating with dominant black men. I’m really not sure why there aren’t many more of these relationships as such relationships seem to exemplify what black men, white women, and white men are looking for.

Michael – We might find it helpful to step back and take a little wider view of interracial relationships and relationships in general. Is it possible that some black men fantasize about their wives cuckolding them with white men? There are also large white men and small black men in the world. How about Latino men or Asian men fantasizing about their wives cuckolding them with white men or black men? Of course, there are plenty of women that aren’t interested in cuckolding at all. Everyone doesn’t view the world through the lens of cuckolding.

Henry – Well, I don’t know about those scenarios. It isn’t what excites me. Fair points though. Anyway, whatever the situation, I happen to believe there’s a good opportunity for white cuckolds, white girls, and black bulls to each find their niche —hopefully, we can all come together!

Michael – You have mentioned your acceptance of the beta male role. Let me push your thoughts a little further. What do you think about the sexual fantasy of “wife breeding”? Specifically, does the thought of a more physically capable man “breeding” your wife excite you?

Henry – Fuck yes! That is hot! It is like the law of natural selection

Henry – I don’t know if your theories apply to me. I’m not really humiliated by this. I am merely accepting what is evident and inevitable. I would love taking care of and supporting my wife and the offspring of her Alpha male. That is what a good beta male does.

Michael – You have shared some interesting insights throughout this session and have made important contributions to my research. I appreciate you taking some time to walk me through your fantasy. On a lighter note, I hope your wife will soon experience the decadent pleasure of a real man’s cock buried deep inside her fertile pussy.

Henry – Ha! You and me both! Thanks for such thoughtful, insightful, and considerate responses. Damn these fetishes and where they come from! I hope we hear more about your relationships and your thoughts on cuckolding because you write so erotically, openly, and honestly.

I never asked Henry if he shared his fantasy with his wife. It was a big miss. It would have been interesting to know her reaction and what aspects, if any, excited her. Your thoughts and comments are always welcomed.