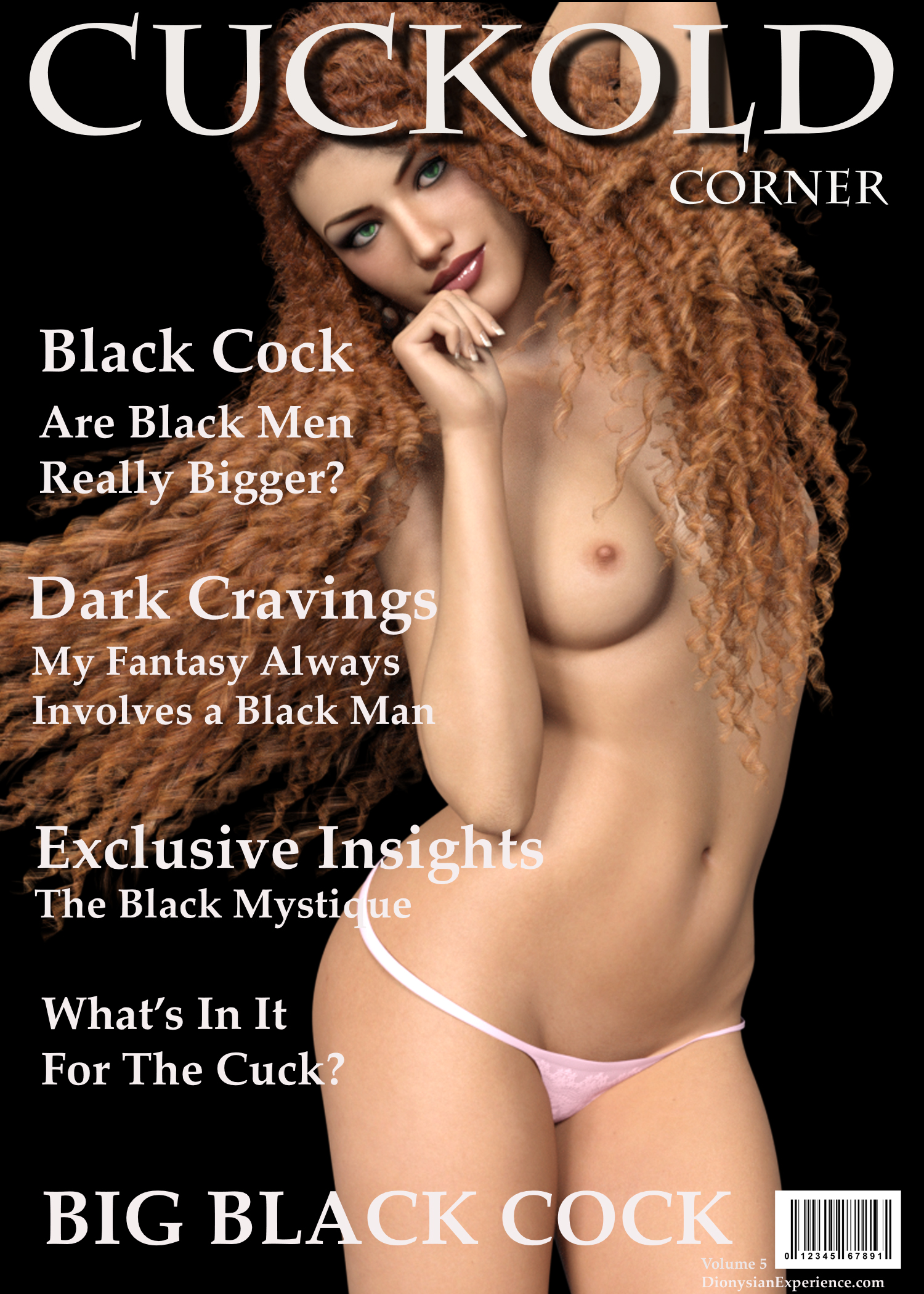 Michael – I noticed it was a digital art piece featuring a black man and white woman that first caught your attention. Do you think it is interracial sex or cuckolding that most captures your imagination?

Amanda – It seems like they both go hand in hand these days, and I’m kind of curious about both together. I can understand why a woman might enjoy cuckolding – she gets to have sex with other men and that could be exciting. But, I don’t quite understand why some men get excited thinking of their wife or girlfriend being taken by other men in general and black men in particular.

Michael – Cuckolding does seem does seem like irrational male behavior but that is the nature of kinks. I can’t answer “why” in one or two lines because it is far too complex and varies from person to person. However, I have written extensively about the psychology of cuckolding and theoe posts provide a nice foundation:

Amanda – I’ve read your writings but want to understand this better. I find you intriguing and want you to be my teacher.

Michael – I like to teach and have a feeling you will be a good student. This is a big topic and we need to break this down one layer at a time. Let’s begin with the interracial allure – the black mystique – you seem to have. You find yourself thinking about sex with black men, right?

Amanda – Yes, I think black men are attractive. Maybe it’s a natural response for a woman to be attracted to muscular black men?

Michael – What do you mean by “a natural response”?

Amanda – We all know the rumors about black men being large and, while we may not act on it, most of us are curious. They just seem to have an aura of sexuality around them too. Maybe it’s the sexual confidence that comes with having a large cock?

Michael – Can you dig a little deeper and tell me more about this desire for black men that you and your friends seem to share but are hesitant to act on?

Amanda – I don’t know why this attraction exists for many of us, but it is there. Maybe it is something in our genes that attracts us to physically superior men? I find myself thinking more and more about what it would be like to be with a man that had a giant cock and balls. In my fantasies, these men are always black. I’m sure there are well-endowed white men out there too so I don’t know why my fantasy always involves a black man. It must be something more…maybe an old taboo that this kink taps into?

Amanda –  You are giving this a lot of thought. I like that about your writings. Your mind fascinates me and makes me have such crazy thoughts.

Michael – Mmmm, I like to inspire your wild, naughty thoughts and find you fascinating as well. So, I’m sure you’ve had opportunities to be with black men but it doesn’t sound like you’ve acted on them?

Amanda – I’ve had offers but haven’t had sex with a black man…yet. Let me tell you, in my experience black men are different than white guys. White guys are more subtle…even flaky sometimes. You just don’t know where you stand or if you are desired. Black guys put it out there. They don’t want to play games or have romantic hangups, they just want to fuck. They come across as more confident and direct so you know where you stand. It makes a woman feel like a woman.

This is an interesting perspective but anecdotal. There is a deeper issue though. We have well established (eroding as they may be) traditions in our culture about how men are supposed to behave as gentleman towards a “lady”. It is a sign of respect and admiration. The concept of a woman who prefers to be approached in a direct way about sex isn’t something well ingrained in the mind of men. And, for some men, this may not be something they personally find desirable. I explore the psychology of the divine feminine spirit in Courtly Love.

Michael – You seem very sexy so I’m not surprised you’ve had plenty of opportunities to indulge your secret desire. When you are hit on in this way, how does it play out for you? Can you share an example?

Amanda – I’ve had several friends (black men) send me photos of their cocks. I have always been curious but never asked them for such photos. The guys are all very sexy with great bodies…and did have very large cocks. It was interesting to have these four men send me similar photos and for all of them to be larger than any cock I have ever experienced before. It sort of validated my thoughts.

Michael – That was a pretty assertive move on their part. I guess this gets to the point you made earlier about their directness and also validated thoughts around cock size. As you were looking at those large black cocks, did you find yourself getting excited?

Amanda – Oh, I’m glad you brought cuckolding into the discussion. I have so many questions! Cuckolding feels like such a sexy kink to me, but I doubt I could do it to a man in real life.

Michael – Interesting that you say “do it to a man”. Your man (if he is into it) will like it as much and possibly even more than you do. While you might enjoy having sex with another man, he will view this as you doing it “for” him” or “with” him and satisfying his greatest fantasy, not “to” him.

At this point in our discussion we pivoted to cuckolding and that part of the interview will be available soon. As I reflect on Amanda’s thoughts, she left me with some interesting insights into the Black Mystique. The stereotype that black men are more endowed is still alive and well…and some women find a large cock enticing. Another perception of Amanda’s is that, in general, she sees black men as being more sexual, sexually confident, physically imposing, and assertive. She also calls out the taboo nature of interracial sex which adds to the allure.