Sienna – Point of No Return 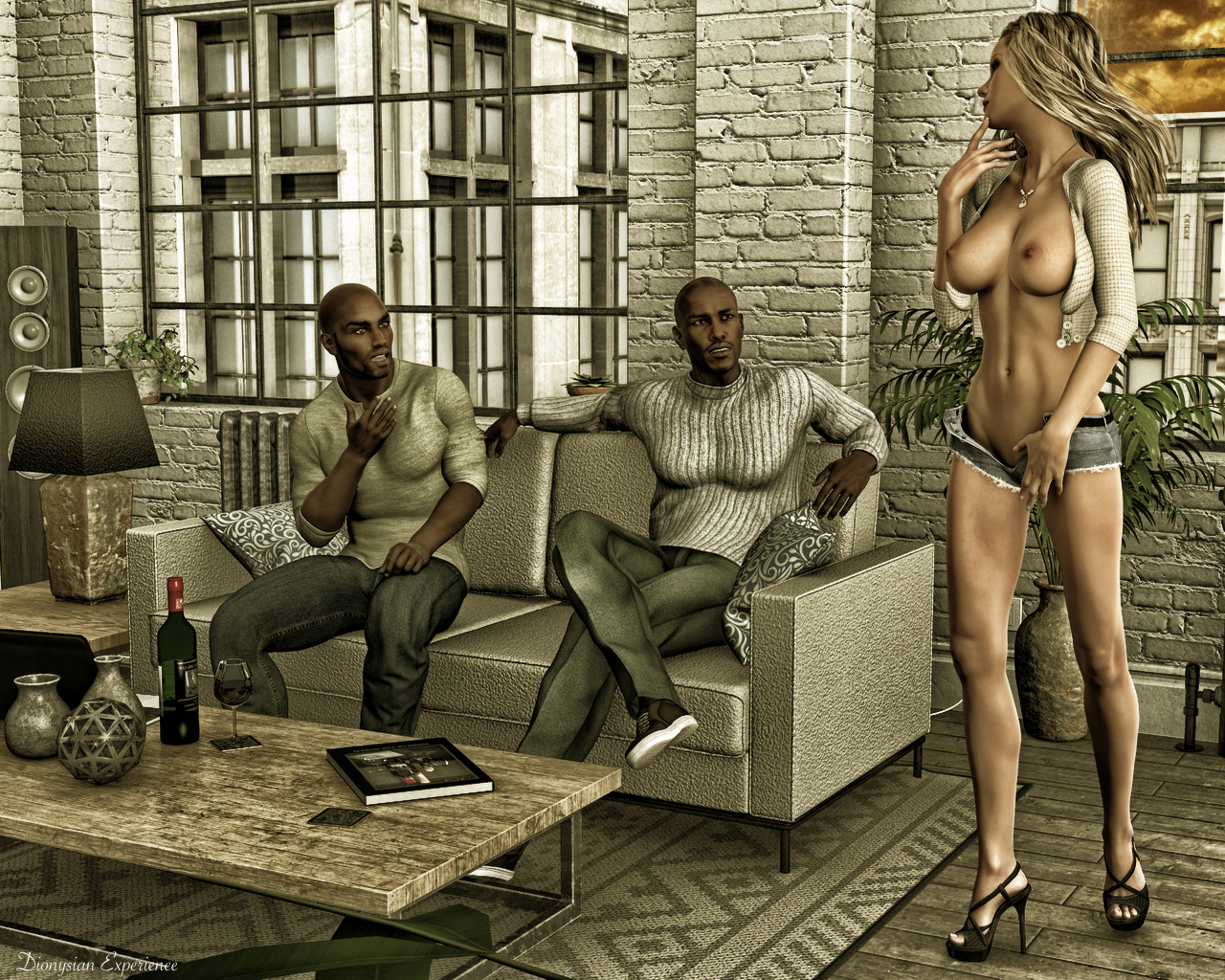 Unfortunately, we found it challenging to find another guy as a suitable partner to play in our sexual game. Most of the men we approached took Sienna’s attention too seriously. They acted as if she was wanting to date them and didn’t seem to grasp what we were looking for in our sexual play. Their confusion was understandable. Cuckolding can be a confusing mental space for an aspiring “bull”. Regardless, my inability to find a suitable “black bull” to service my sexy girl left her frustrated and impatient.

One night we were making out and indulging in some fantasy story telling when Sienna introduced two of my black friends into the storyline…Marquis and Terrell. This wasn’t really a surprise as both of these men have made appearances in our fantasies and it never fails to make us both cum so hard. I suspect the mention of my friends cranks up the intensity because they aren’t abstract men. I should also mention that I have seen these guys naked many times before in the locker room and probably made a mistake by letting Sienna know they both have large cocks. Since letting Sienna in on this not-so-little secret, it has only made her hotter for them.

We often have Marquis and Terrell over to grill out and have a few drinks. She likes them and thinks that either of them or both of them would be ideal for what we want to experience. When Sienna suggested that having “both of them” join us would be hot, it really blew my mind. In her mind, these are men we know, feel safe with, and she is really attracted to them. Further, they are black and both have large cocks which really adds to experience for us. From Sienna’s perspective, they are a perfect fit…in more ways than one. I understand where she is coming from and her reasoning is certainly valid. However, I also have a different set of factors to consider.

Cuckolding occurs in three forms. If a woman in a committed relationship sleeps with another man, she is cuckolding her primary partner. If this truly occurs against her partner’s will, we tend to think of it is as “cheating” on her partner rather than using the term “cuckolding”. If the woman’s partner is aroused by her infidelity, we are then entering the realm of cuckolding as a form of sexual kink/fetish where both the woman and her partner find pleasure in the experience. Cuckolding as a fetish is a lifestyle that is ever present in the couple’s relationship. Cuckolding as kink is an occasional sexual adventure but not a constant in the couple’s relationship.

It would be different though if Marquis and/or Terrell fucked Sienna. I would see these guys at work, at the gym, and socially. I would be under a constant state of cuckold angst knowing my friends had fucked my lover and, potentially, my future wife. What if she went into another black-cock induced trance and began telling them that she had never been fucked so good before? This is male competition at the highest level and they would know they have the edge on me. Guys love to engage in smack talk and friendly competition, and they would be able to drop one on me that there was no coming back on. I can imagine one of them grabbing their cock and saying, “Oh yeah, well Sienna said I was the best fuck she ever had.” There would be no coming back and topping that one.

There is also something akin to a mystical barrier between Sienna and those guys. To them, she is a sweet girl cloaked in a veil of innocence and purity. They admire her and lust after what they can’t have. As a quintessential goddess, she is source of pride for me as well. I have competed for and won the love and affection of this super-hot girl. She is mine, not theirs. This affords me some status with fellas.

As I consider the possibilities, I have to admit the thought of Sienna cuckolding me with my friends is keeping me in a near constant state of arousal. My persistent erections serve as evidence of this truth. This scenario would provide us with more opportunities to explore and indulge more frequently in our hottest fantasy. Either one of these men (or both of them) are fully capable of giving her the type of experience she is craving and one that I want her to have. In truth, I think I could handle and contain the situation as long as I was in control of any photos and videos that might be taken.

I should add that I’m not worried about Sienna leaving me. Despite how cuckolds are often portrayed, this is just about our sexual fun together as a couple. I am the one she loves and confident in our relationship. My friends, like Jalen before them, may supplant me in the sexual hierarchy but, as Sienna described so eloquently, love is the ultimate power and that is where I prevail.

Time passes and Sienna continues to work on breaking down my resistance. It is incredibly hot to have my sexy girl doing things like sucking my cock or riding me cowgirl while pleading with me to allow her to fuck my friends. The intensity of erections, thrusting, and orgasms confirms what she already suspects. I want her to experience them. I finally give into the idea with one caveat. It has to happen naturally. In other words, there was now way I was going to approach them directly about fucking her. It would be far too humiliating to do this. If it was going to happen, it would have to be an “in the moment” occurrence.

Each time they came over it was so intense and arousing knowing what Sienna wanted and what might happen that night. I could barely focus on the conversations we were having. A couple visits came and went with Sienna flirting a bit more than usual but nothing happened. She began to wear more and more revealing clothing and the guys were definitely checking her out in subtle ways but not crossing any lines. I think it was out of respect to both of us and our relationship that they behaved like the gentlemen they are. On the third visit and unknown to me, Sienna decided she needed to be a bit more open about what she wanted.

The topics and conversations Sienna engaged in that day clearly crossed the line of appropriateness. Really, this day and night deserves a telling of its own. I will say this for now, she made it crystal clear what she wanted and who she wanted it from when she opened up her clothing in front of them. We had crossed the point of no return.

24 thoughts on “Sienna – Point of No Return”