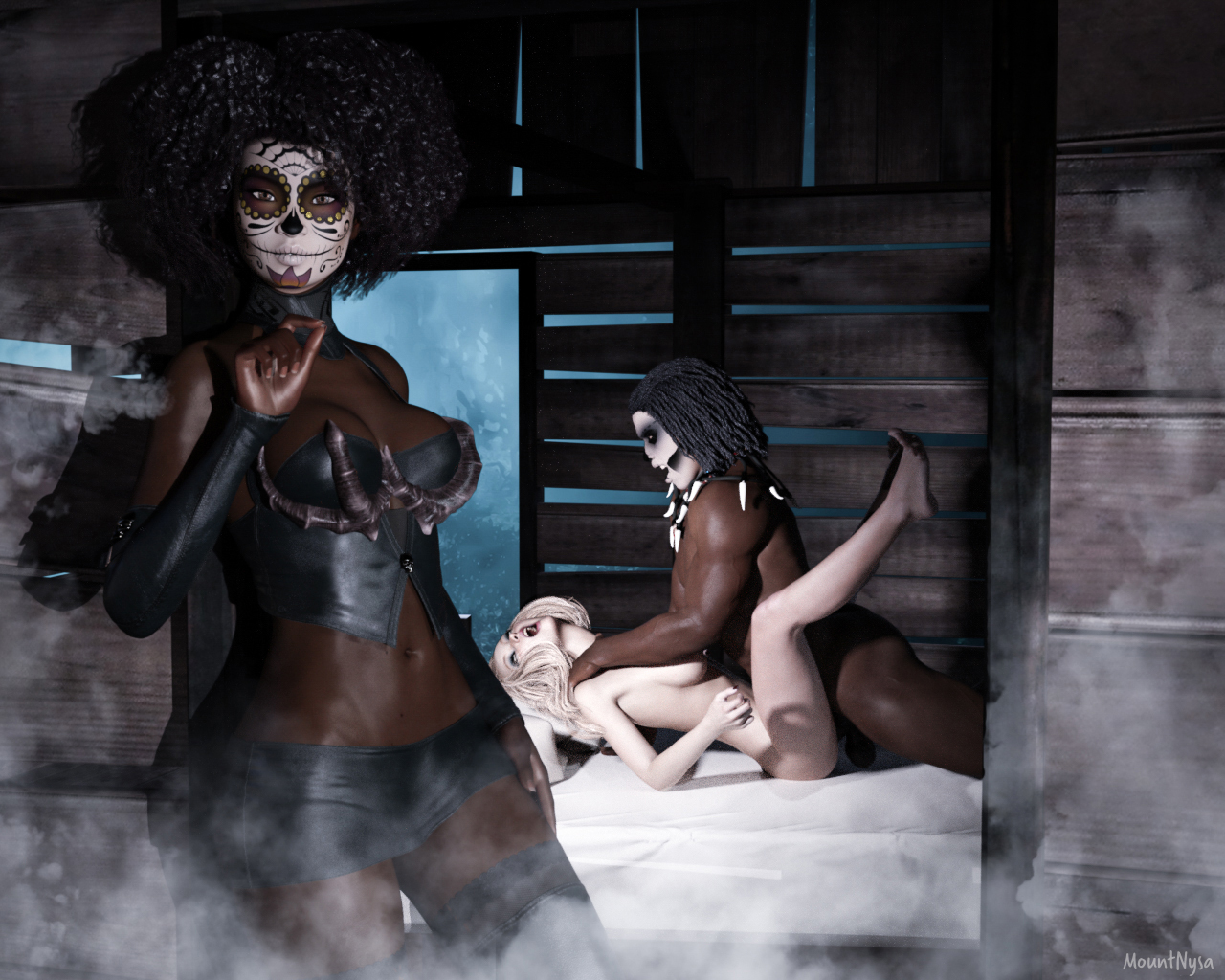 The week had been an amazing whirlwind. Michael had promised this Caribbean getaway for so long and it had finally happened. Rebecca had barely allowed herself to hope for a proposal but wanted it more than anything in the world. The trip and the proposal had both finally come to fruition. She was the happiest girl in the world and finally had the man of dreams.

This story was by the featured image and written by a follower of my blog – The Dionysian Experience – who wishes remain anonymous. You can find more stories from other writers and former lovers who were in some way inspired by my writing and/or art here – Touched.

Her diamond had been sparkling in the sunlight all morning and filled her with so many new dreams. Feeling inspired by a new world of possibilities, Rebecca set out to explore a bit on her own. Following a small trail from the resort, wearing her snug mint-green bikini and see-through matching sarong, she’d moved easily on her bare feet, as though following some invisible thread to her destination.

Standing on the warm beach far away from the resort, it she felt like she was in another world. It all felt so wild and primal compared to the plush resort. The water swept up to the shoreline and splashed around her ankles. She glanced down at her bare feet as the clear water splattered against her legs and made them glisten. The cool water against her warm flesh was almost hypnotizing.

Her reverie was broken by the sound of a sultry woman’s voice. A ghostly but gorgeous face seemed to float out from nearby flora. She was speaking a language Becca couldn’t understand but her words seemed to burrow into the depth of her soul. The woman’s dark chocolate fingertips found their way to her own, caressing her wrists and making her tremble. She was drawn in, finding her lush body pressed against the darker woman, almost melting against her.

Any and all thought about the outside world was driven away as the warm hands caressed Becca’s form and began to pull her into the foliage and down a trail. Her feet, so pale and soft, moved along the ground as if her steps were memorized. Before long, she found herself being drawn to an old building rising out of the foliage.

This building seemed to be speaking in that same language as the woman continued to whisper in her ear. Becca shook her head, she couldn’t understand what was happening. Every syllable seemed to drip with promise and beckon her closer as she continued to the doorway. Heat rolled through Rebecca’s body as she stepped through the doorway and paused.

The woman’s fingertips danced along Becca’s pale white shoulders to the thin string that held her tiny bikini top against her succulent breasts. A gentle tug at the fabric made her look down as the fabric fluttered away leaving her breasts exposed.

Bare breasted as she was, the next sound made her nipples tighten like never before. A deep, masculine sound of appreciation caused Becca’s head to snap back up. She looked up…and up…into the imposing mask of a broad, powerful black man who wore nothing but a loincloth that did little to hide what was beneath.

Becca bit her lower lip as this incredibly masculine man looked down at her, drinking her in. She was frozen but her body was on fire. Her guide’s fingers continued the reveal. She undid the side of her sarong and let it float down with her top to the floor. She continued with Becca’s bikini bottom which now rested around her ankles. Her entire body was bare for his gaze and Becca felt that was exactly what she wanted.

When he reached for her, she felt herself being propelled forward tenderly by the hands on her back. She belonged to him now and she knew it. He would take what he wanted and she wanted him to have all of her…

This is where her story ended… If you are interested in picking up the pen to continue the story, please do so and I will be happy to share it.