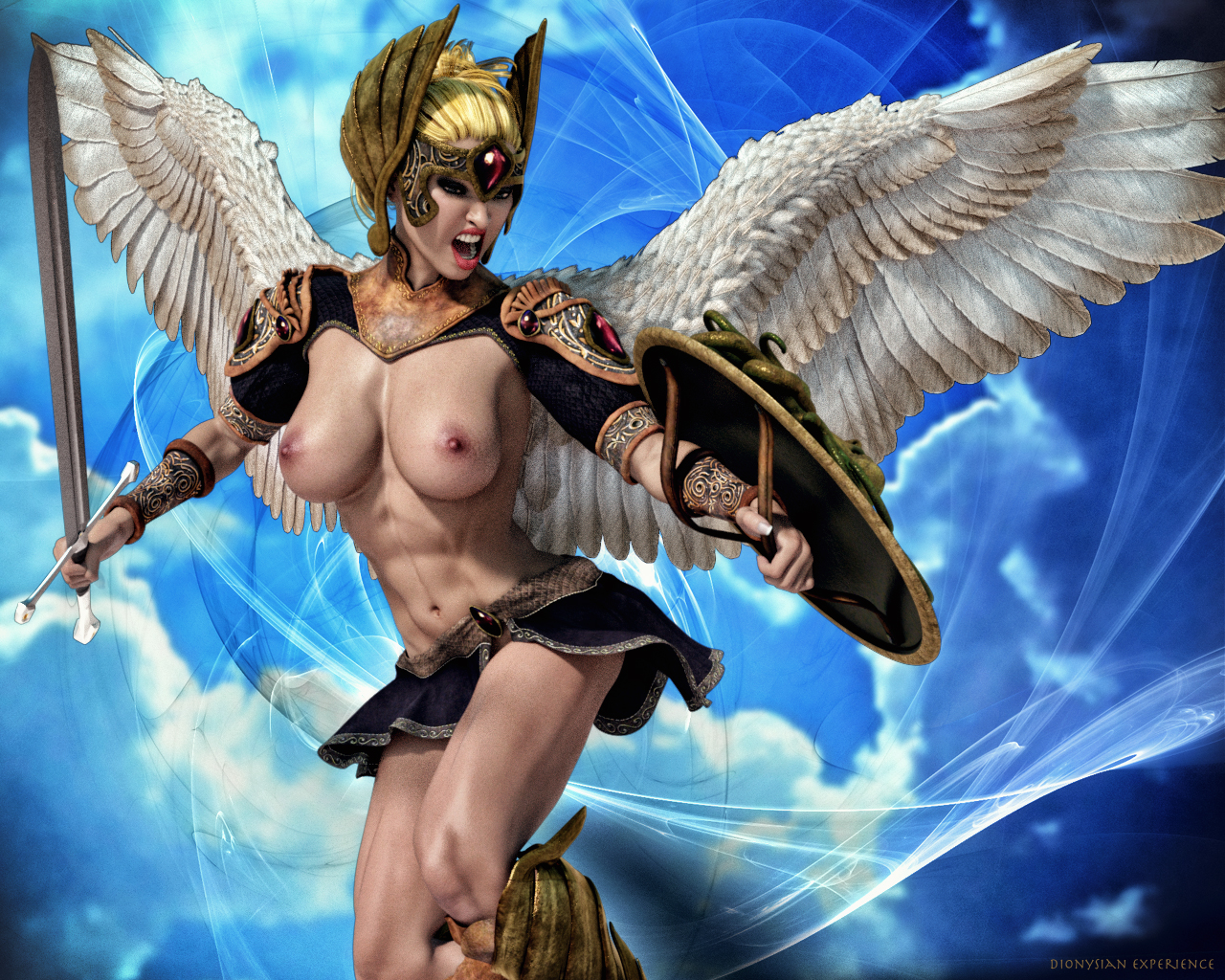 A Valkyrie is a female helping spirit of Odin, the chief Norse god. The Valkyrie assisted Odin with identifying which warriors would be slain in battle and transported half of them to Valhalla. Once in Valhalla, the fallen warriors will experience an afterlife worthy of fallen heroes. These same warriors would also serve in Odin’s army for the battle of Ragnarök.

In Norse mythology, Ragnarök is a series of future events, including a great battle that will result in the death of a number of major figures (including the gods Odin, Thor, Týr, Freyr, and Loki). The battle would be followed by a series natural disasters and the subsequent submersion of the world in water. Afterward, a fertile world will reemerge. The surviving and returning gods will meet and the world will be repopulated by two human survivors.

What about the other half of those slain that don’t go to Valhalla? They are taken to Fólkvangr – a meadow or field ruled over by the goddess Freyja. Freyja is the Norse goddess associated with love, sex, beauty, fertility, gold, war, and death.

Valkyrie were susceptible to capture if caught on earth without their wings. Now for a little naughty fun…

An offering to the tribal Chief.

Like most of my digital art galleries, I will continue adding to this one when the muses lead me here again.