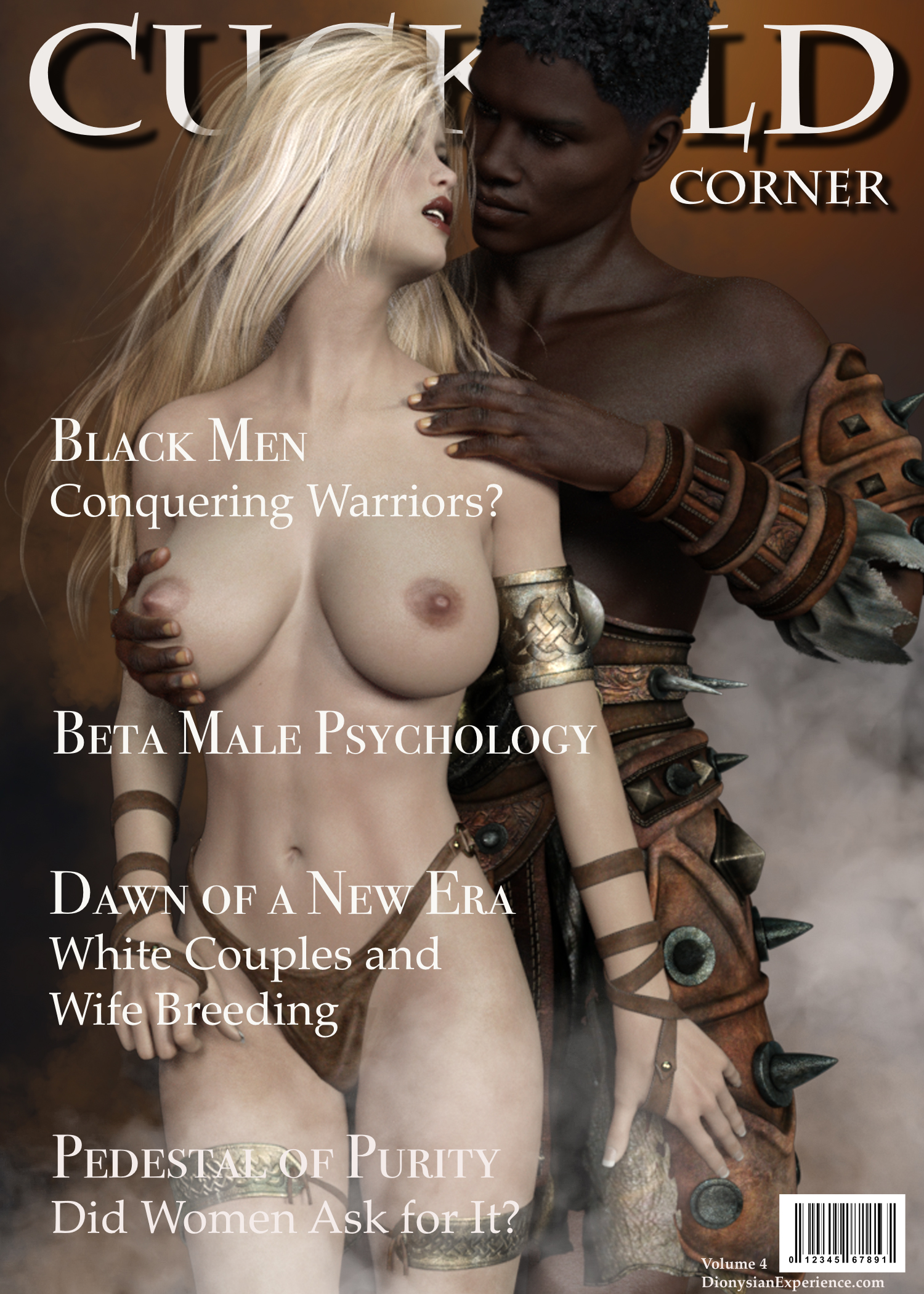 The distinction between interracial relationships and interracial sex as a kink should be noted. The former refers to people falling in love without regard to ethnic differences. The latter eroticizes ethnic differences and is the focus of my exploration. The interracial sex fetish flows both ways and isn’t only the sexual fetishization of black men by “some” white people. There are also “some” black men that fetishize white women and white wives specifically. Each derives added sexual pleasure from the interracial layers of these sexual liaisons.

Why write about interracial sex? Well, a lot of people are into it. Neuroscientists Ogi Ogas and Sai Gaddam analyzed one billion sex-related search terms as research for their 2012 book, A Billion Wicked Thoughts. They found that cuckold-related searches rank #2 among most searched for sexual content on the internet. Ogas and Gaddam drilled down even deeper. After gaining access to the database of a popular cuckold erotica site, they identified the following as the most common two-word search phrases: Black Cock #1, Black Man #2, and Big Black #6. Cuckolding and interracial sex are separate fetishes but they are often intertwined in sexual fantasies and, as the data suggests, very popular.

Interracial cuckolding is a popular kink but what is the allure? Henry joins me today to share his perspective on the fantasy. Henry is a 40-something, married British male. He has never been cuckolded but identifies this as #1 fantasy. Let’s find out why.

Michael – What do you mean when you say, “others like myself”?

Henry – I’m an attractive yet smallish white male that actively embraces the role of being a beta male. No longer do I have to try and be something I’m not. I don’t have a big cock and don’t feel the need to compensate for this through false bravado. Nor do I feel the need to mock or demean those males who have what I don’t. I’m simply a good looking but smallish white male who is happy with himself and his place in life. It’s like a new day and I feel very liberated.

Michael – You are touching on a lot of themes I come across in interracial cuckolding. I’d like to drill down on some of them individually for a moment if you don’t mind. Earlier, you mentioned not needing to make demeaning comments about others that have what you don’t. What are you talking about here?

Henry was vague here so I will add some context. Black men were once positioned as being “hyper-sexual”. It was said there was nothing they would like more than to use a white woman and “split her in two” with their over-sized sexual organs. Women were told they would be ruined for other men and even cast out of polite society. This was said as a deterrent to protect women who couldn’t possibly crave such filthy things like sex and large cocks. Women were viewed as pristine angels incapable of such base, primal desires. Men used this to repress the sexuality of women. We treated women gently and put them on a pedestal of purity. Yet, the very thing we wanted them to fear was what they craved most – hot, wild, deeply fulfilling sex. For many women, the men seen as capable of providing such decadent indulgence were black men. The sweet irony of it all.

Michael – You mention your physical stature earlier and then went to the thought about white women craving black men. Help me connect the dots.

Michael – I have a sense of how you are eroticizing your comparative physical stature and turning it into something that excites you sexually. In your description of the ancient world, I imagine there was some balance of physical stature, intellect, and power that would appeal to those women. Physical stature may have even played a more prominent role. I’m not sure being a great swordsman (pardon the pun) carries the same weight today as it did back in the day. Societies and species evolve and what may be seen as the ideal mate today may be very different than it was long ago.

Henry – I think women still have the same genetic wiring. A physical specimen excites them today just as it always has. I think white women are drawn to black men as alpha males because of their physical prowess and large cocks. Maybe they just don’t act on it because of the economic reasons you suggested and societal pressures. It is difficult to prove or advance my belief. What I do know with certainty is that I would gain great sexual satisfaction from my wife mating with dominant black men.

Culture is a powerful force and influences our perceptions of sexuality. Throughout the world, there has been pressure to repress the sexuality of women through religion and other constraints. Personally, I have often wondered how a woman would behave sexually when given complete freedom and no fear of being judged negatively. How compelling is the Black Mystique for women? Henry believes the calling is very strong.

Michael – You are making some interesting points. You make a point to specifically mention a preference for your wife to have sex with black men. Tell me more about this desire.

Henry – Our sexual satisfaction as beta males is enhanced when the alpha males are black and our partners white. I’m really not sure why there aren’t many more of these relationships as such relationships seem to exemplify what many black and white men are looking for.

Michael – We might find it helpful to step back and take a little wider view of interracial relationships and relationships in general. Is it possible that some black men fantasize about their wives cuckolding them with white men? There are also large white men and small black men in the world. How about Latino men or Asian men fantasizing about their wives cuckolding them with white men where power play is eroticized? Of course, there are plenty of women that aren’t interested in cuckolding at all. Everyone doesn’t view the world through the lens of cuckolding.

Henry – Well, I don’t know about those scenarios. It isn’t what excites me. Fair points though. Anyway, whatever the situation, I happen to believe there’s a good opportunity for white cuckolds, white girls, and black bulls to each find their niche—hopefully, we can all come together!

Michael – You mentioned the acceptance of your beta male role. Let me push your thoughts a little further. What do you think about the sexual fantasy of “wife breeding”? Specifically, does the thought of a black man “breeding” your wife excite you?

Henry – Fuck yes! That is hot! It is like the law of natural selection. White women and black men are meant to be together.

Henry – I don’t know if your theories apply to me. I’m not really humiliated by this. I am merely accepting what is evident and inevitable. I would love taking care of and supporting my wife and the offspring of her black alpha male. That is what a good beta male does.

Michael – Your response is interesting. You have shared some interesting insights throughout this session and have made important contributions to my research. I appreciate you taking some time to walk me through your fantasy. On a lighter note, I hope your wife will soon experience the decadent pleasure of big black cock buried deep inside her fertile pussy.

Henry – Ha! You and me both! Thanks for such thoughtful, insightful, and considerate responses. Damn these fetishes and where they come from! I hope we hear more about your relationships and your thoughts on interracial cuckolding because you write so erotically, openly, and honestly.